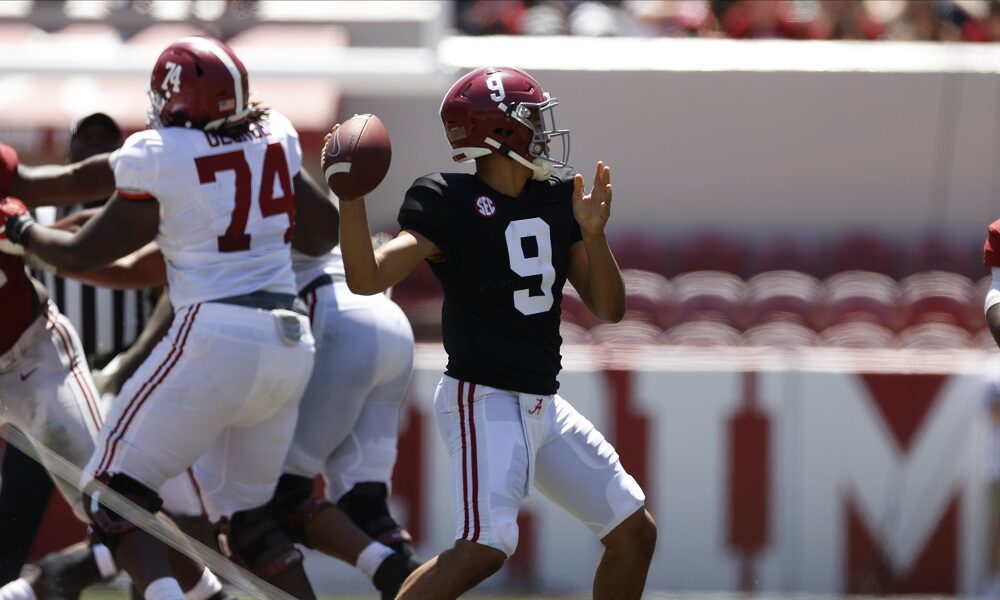 He was not taking part in a football game, but Tua Tagovailoa was at the University of Alabama on Tuesday.

Before he starts his second season in the National Football League, the Tua Foundation held a charity event at Bryant-Denny Stadium.

The “Luau with Tua” gave back to the Boys and Girls Club of West Alabama and the Nick’s Kids Foundation.

RELATED: Alabama football players are actively seeking opportunities to capitalize on their likeness via social media

Tagovailoa has always wanted to give back, and the best way to show love toward Coach Saban was giving to his foundation.

He spoke on his journey in the NFL and the things he learned at Alabama; however, Tagovailoa could not escape a question on Bryce Young.

Both players are from the west coast, and Young is often compared to the native Hawaiian.

He and Tagovailoa both came to the Crimson Tide as five-stars, and both entered under high expectations. Tagovailoa delivered the Tide to a national championship in 2017. Crimson Tide fans are expecting Young to do the same and potentially win the Heisman Trophy too.

Despite the comparison, Tagovailoa said he does not see similarities between him and Young.

“I think he’s really instinctive,” Tagovailoa said of Young. “He can extend plays really well. He has a really good arm, and he’s very talented. But I wasn’t a runner like him. He can run.”

Young was a decorative quarterback in high school.

RELATED: Alabama Athletics announces its NIL guidelines for its student-athletes

Young finished his career with 13,250 passing yards, 1,084 rushing yards, and 178 total touchdowns. He won numerous awards and chose the Crimson Tide as his collegiate program.

The 6-foot, 194-pounder saw action in nine games last season but turned in a great spring.

He was the Dixie Howell Most Valuable Player of the Game, totaling 333 passing yards with one touchdown.

According to Tagovailoa, he saw a little of the A-Day Game and was impressed by the sophomore.

“I think he’s doing pretty good,” Tagovailoa said. “It’s always hard to tell because this is really his first year really taking over. But just stay calm, do what you did in high school, and you should be fine.”

With the compliments from Tagovailoa, this should have Tide fans very excited to watch Young.

If not for injuries, Tagovailoa would have accomplished more at Alabama. He is preparing to silence his critics with the Miami Dolphins; nevertheless, he is looking forward to seeing what Young does. The second-year quarterback is trying to be the fifth player of the Saban era to win a national championship as a first-year starter.