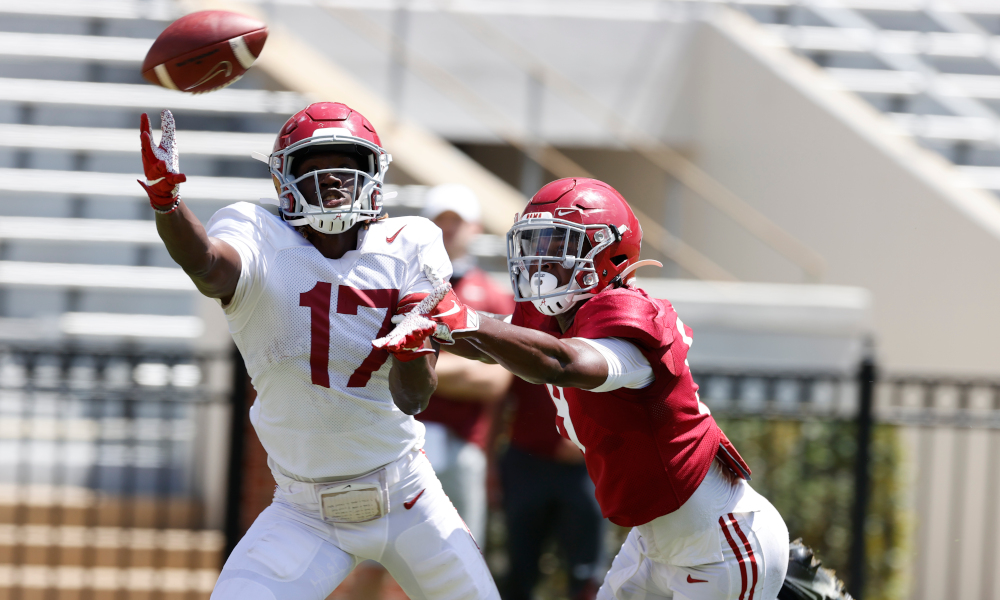 The 6-foot-3, 195-pounder arrived on campus as a five-star in this year’s signing class.

A native of Velrico, Fla., Hall had a coming-out party during the Crimson Tide’s spring game.

He impressed fans with his contested receptions, balance, body control, and big-play capabilities.

Hall caught four passes for 72 yards and had people at Bryant-Denny Stadium having conversations on him being a starter.

He will push for playing time, but Hall shared the news via Instagram on his two partnerships for name, image, and likeness. He has partnered with Playmaker and College Football Edits.

Hall will be with both businesses this season as he looks to build his brand, as well as maintain excellence on the field and in the classroom.