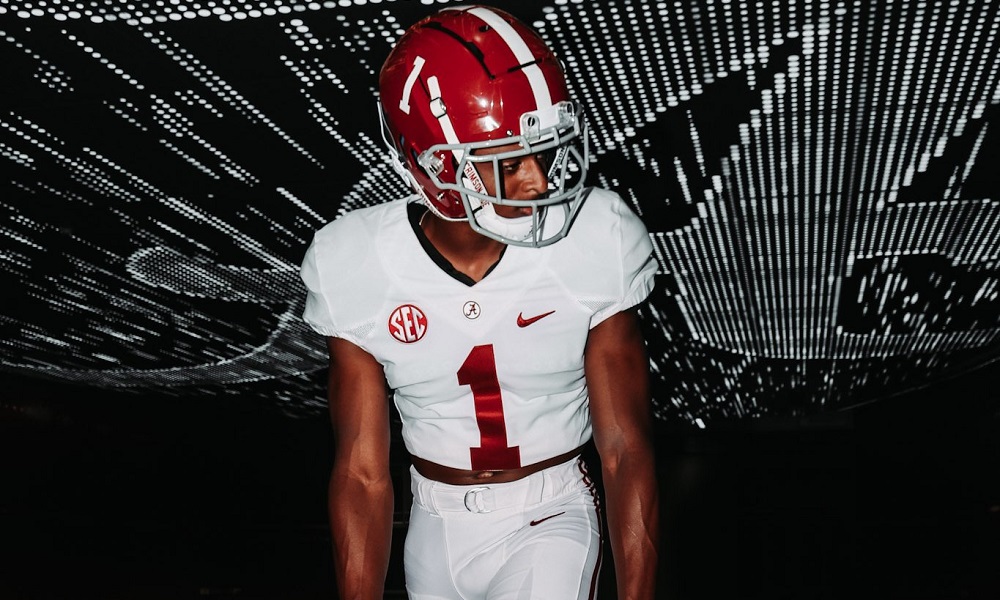 Kobe Prentice saw his recruitment take a turn for the best over the course of a couple of days.

The 2022 wide receiver announced his verbal commitment to the Maryland Terrapins on June 30th at 5:04 p.m. Approximately 24 hours later, Prentice reported he had received an offer from Alabama football. The Calera, Alabama product said he had to take a moment to himself when he found out the Tide offered him.

Prentice visited and camped at the University of Alabama a couple of times in June. The in-state prospect was able to put together some stellar performances.

The 5-foot-10 170 pound prospect was an explosive weapon for the Eagles last season. He proved to be very dangerous after the catch with his exceptional speed.

Alabama’s coaching staff has left a good impression on Prentice so far.

“I like them all,” Prentice said. “They are stand-up guys and are really cool. They are not going to lie to you.”

Prentice’s recruitment still has a long way to go, and he plans to take things slow in the future. The Crimson Tide have yet to land a verbal commitment from a 2022 wide receiver.