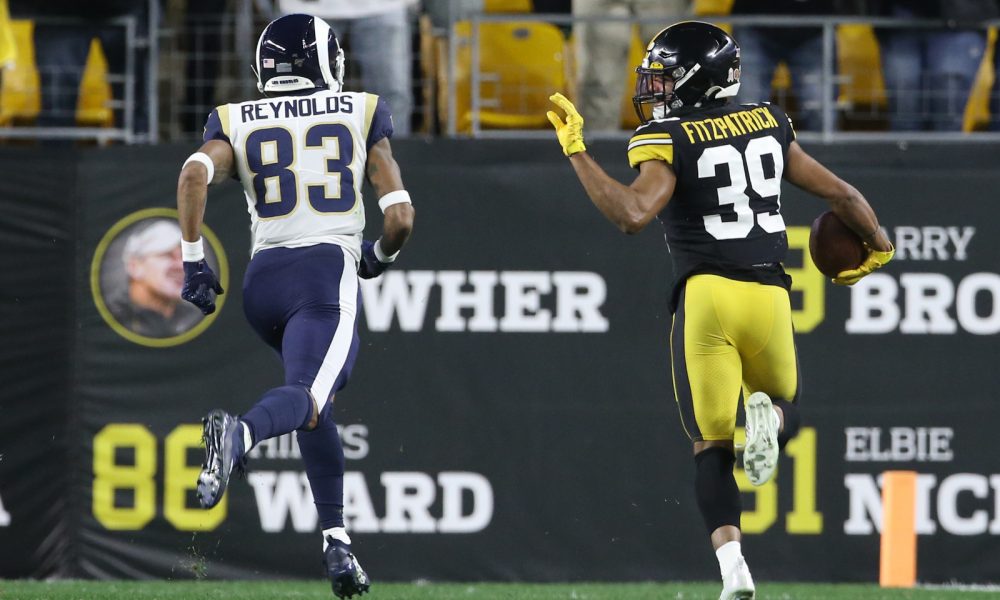 The Pittsburgh Steelers are continuing to reap benefits from a move it made in 2019.

Since acquiring Minkah Fitzpatrick in a trade with the Miami Dolphins, the Steelers have seen its defense become one of the best in the National Football League. In 30 career games, Fitzpatrick has totaled 136 tackles, 20 passes defended, nine interceptions, and two touchdowns. He led Pittsburgh in tackles (79) and interceptions (four) last year while posting 11 passes defended, one forced fumble, and one fumble recovery. The former Alabama safety has been voted to two Pro Bowls (2019, 2020) and has twice been named first-team All-Pro.

According to ESPN, another honor has come to Fitzpatrick. During a polling process of 50 league executives, coaches, scouts, and players, the New Jersey native was ranked as the NFL’s best safety for this upcoming season.

As a former first-round pick in 2018, the Steelers picked up Fitzpatrick’s fifth-year option on April 27.

He has been a stud since the trade and looks to continue his success. Before he pursued a pro career, Fitzpatrick was a two-time national champion at Alabama. He was a two-time All-American and two-time first-team All-SEC selection. After his performance in 2017, he won the Chuck Bednarik and Jim Thorpe awards.

16
Alabama in the Pros