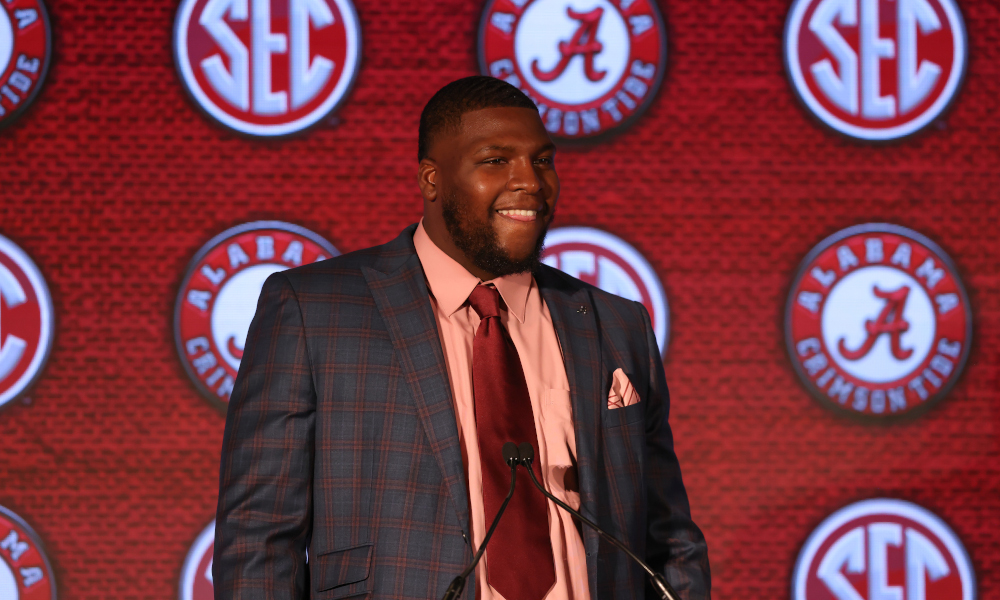 He faced more name, image, and likeness questions than he may have wanted, but Phidarian Mathis is excited about Alabama’s defense for this season.

On Wednesday, the fifth-year senior for the Crimson Tide spoke to reporters at SEC Football Media Days.

Mathis has been impressed by the young players on defense, including Tim Smith. As a true freshman, the native Floridian made some big plays last year in helping the Tide win a national championship. He had 14 tackles, 2.5 tackles for loss, one sack, one quarterback hurry, and one forced fumble. The 6-foot-4, 320-pounder is a fearsome presence in the middle of the defensive line.

“I just love how he is growing,” Mathis said of Smith. “We are going to need him to step up more.”

Mathis, a Louisiana native, is happy to see LaBryan Ray back healthy. Both players came in 2017, and Mathis knows that Ray being 100 percent goes a long way for the Tide. Despite the struggles it’s had in the last three years, Mathis said this year’s unit will be ‘very good.’

“We just got to take on the role and show people what we are capable of,” he said.

He knows the expectations fans have for the defense. Mathis spoke on Coach Nick Saban having a high standard, but the supporters of Tide football have it too. He knows the challenges that lie ahead in the fall; however, the former four-star is confident in Pete Golding and his teammates. Mathis has a feeling that his defensive coordinator makes a huge jump.

“I love Coach Pete,” Mathis said. “I love his energy. I think where he has grown the most is being able to relate to us as players. He knows us better, and that goes a long way.”

With this being said, Golding should have high confidence in his third year calling the defense.