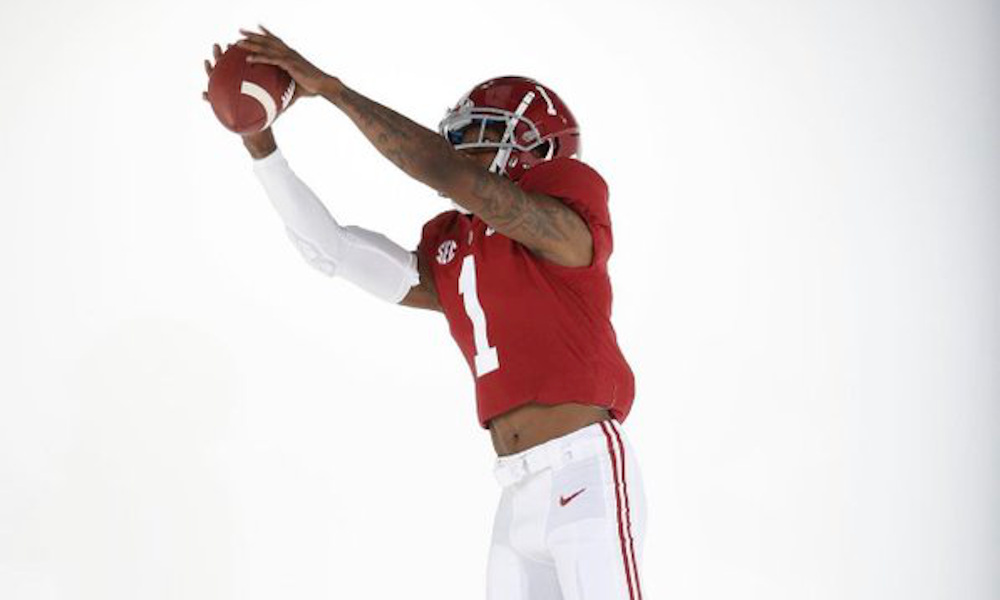 It did not take long for Alabama football to locate someone else with ‘juice’ on offense.

After losing Keilan Robinson to Texas, Jameson Williams has filled in that role. The transfer from Ohio State has been great all summer and might be an impact player in the fall. Williams totaled nine receptions for 154 yards with two touchdowns for the Buckeyes in 2020.

His best moment was catching a 45-yard touchdown pass from Justin Fields versus Clemson in the College Football Playoff semifinal matchup at the Sugar Bowl. The 6-foot-2, 189-pounder had 15 catches for 266 yards and three scores during two seasons at Ohio State.

On Wednesday, Nick Saban spoke about Williams feeling at home with the Tide.

“He has been impressive,” Saban said of Williams at SEC Media Days. “We felt like we needed to add someone at the position after losing four first-round picks in two years.”

“He’s a really great addition to our offense,” Metchie said. “He brings a lot of speed.”

He is learning fast, and it becomes interesting to see who will be the starters at wide receiver.

Slade Bolden brings some experience at receiver, but the Tide has a lot of young players too.

Metchie is excited about the potential of Javon Baker, Traeshon Holden, Agiye Hall, Christian Leary, JoJo Earle, and Ja’Corey Brooks; however, he feels that Williams will be an instant impact.