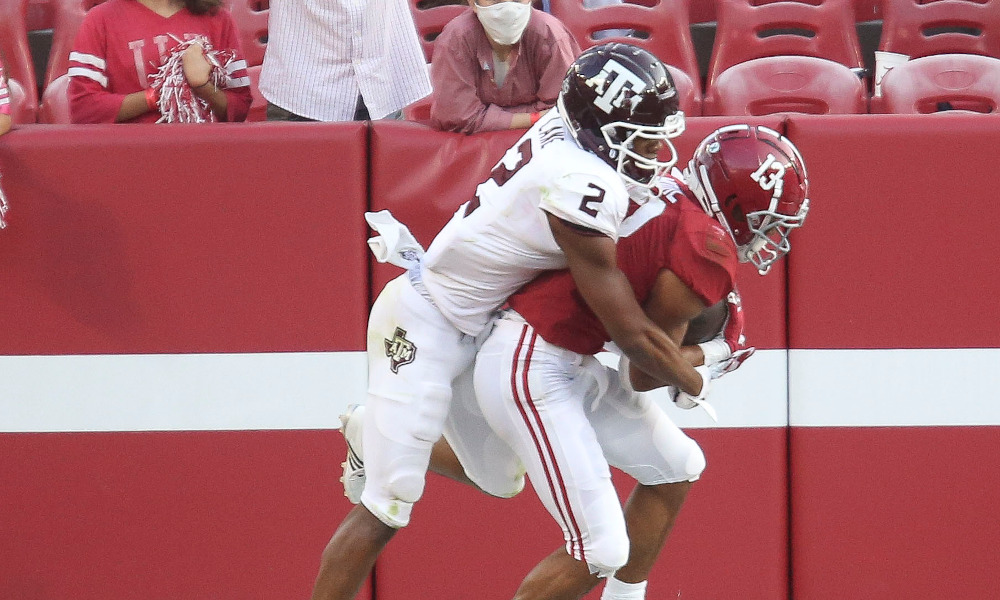 Malachi Moore is about to take his game to another level.

Before the start of the 2020 season, he was the least discussed freshman on defense. Moore taught himself the system and recorded an impressive year. He captivated Alabama’s coaching staff with his instincts, and fans enjoyed his big plays.

A native of Trussville, Ala., the former four-star led the Crimson Tide for interceptions (three) and had six pass breakups, two quarterback hurries, one forced fumble, one fumble recovery, one touchdown, and four tackles for loss to pair with 44 stops.

An injury sidelined him during the College Football Playoff, but Moore did enough to garner SEC All-Freshman Team, Freshman All-American, second-team All-SEC honors. He was named first-team All-SEC for the preseason at SEC Football Media Days while being selected to the Bronko Nagurski Trophy watch list. However, the sophomore was snubbed for the Thorpe Award watch list. On Tuesday, the Oklahoma Sports Hall of Fame released its preseason candidates for the Jim Thorpe honor.

Moore’s teammates, Jordan Battle and Josh Jobe, were listed. After he earned comparisons to Minkah Fitzpatrick and George Teague, Moore looks to show why he’s the best defensive back in college football. He was in the running for SEC Freshman of the Year, and some felt he was robbed of that award. Fitzpatrick won the Thorpe Award in 2017 before getting drafted to the NFL.

This will be a fun year, as Moore will push to add his name to the list by midseason.