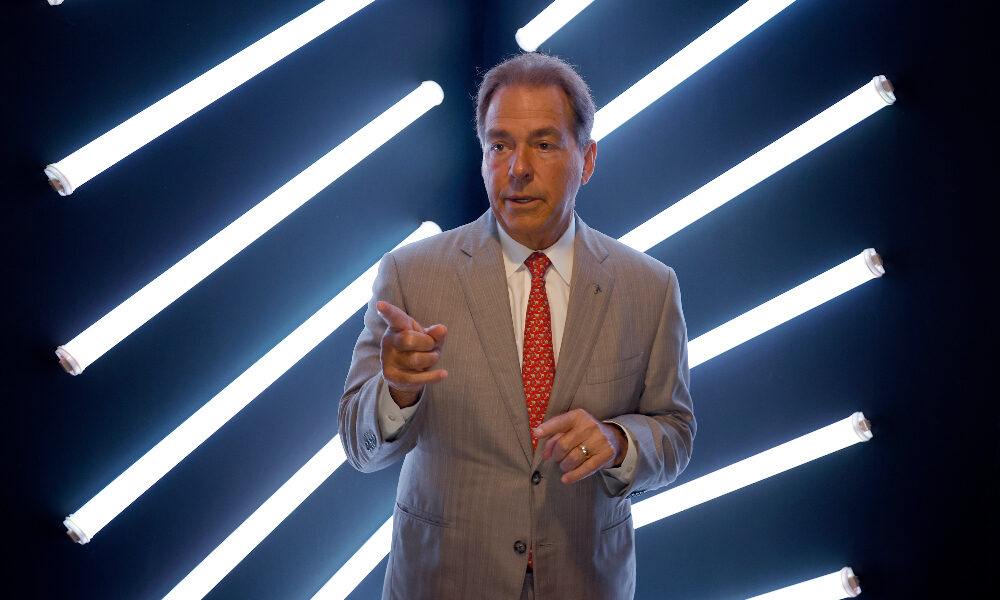 Whether it was intended or not Stanford football coach David Shaw gave a massive endorsement to the Alabama brand that Nick Saban has built across his tenure.

Saban, who had made waves in the college football world when he proclaimed that his presumed to be starting quarterback Bryce Young was already making seven-figures before he even started a game. Shaw spoke about the massive numbers during Pac-12 Media Days on Tuesday.

Shaw also pointed out that Saban took advantage of the SEC’s media week by dropping the news in order to enhance the Crimson Tide’s recruiting.

“My gut reaction is on multiple levels,” Shaw said. “First of all, Nick Saban is smarter than any 10 of us in this room combined. There’s no way that was a throw-in. It’s obvious to me that Nick wanted to plant that and make sure people knew that. It’s a great way to recruit people to come to you, which the guy hasn’t started a college football game and he’s already signed a whole bunch of deals to make money.”

Sending the message that a skill position player can make nearly a million dollars before he even takes a hit on the field is certainly a convincing pitch to give to any recruit.

“Nick mentioning that at the media day is a great way to kick-start your recruiting, especially if you’re recruiting another high-caliber quarterback, as we all know that they are.”