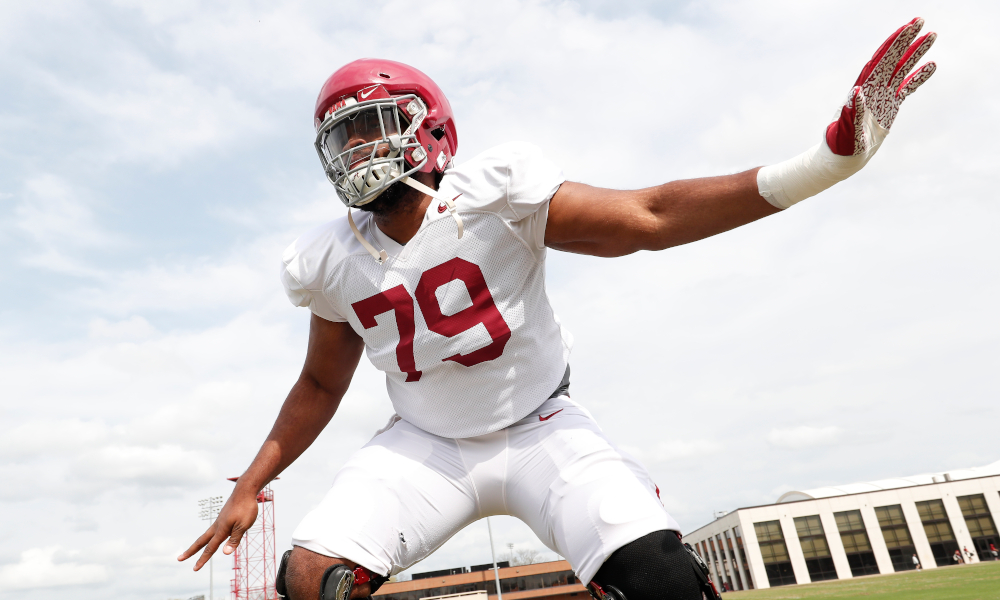 After utilizing his extra year of eligibility Alabama football’s Chris Owens has been named to the 2021 Wuerffel Trophy Watch List. The news was announced today by the All Sports Association of Fort Walton Beach, Fla.

Owens stepped in last season following a season ending injury to Crimson Tide center Landon Dickerson in the SEC Championship where he started the remainder of the year and helped the team win the national championship over Ohio State.

But Owens impact reached far off the field as he has nearly 50 hours of community service throughout his time with the Crimson Tide with a majority of it going towards mentoring local students at elementary schools.

He most recently helped with a Habitat for Humanity build in Tuscaloosa as part of the organization’s partnership with the Nick’s Kids Foundation and also took part in virtual events during the 2020 season while the Crimson Tide adhered to social distancing protocols.

The Wuerffel Trophy has been presented annually since 2005 by the All Sports Association of Fort Walton Beach, Fla., to recognize the college football player who best combines exemplary community service with athletic and academic achievement. The award is named in honor of former Heisman Trophy winner Danny Wuerffel. Semifinalists for the award will be announced on Nov. 2 and finalists will be announced on Nov. 22.