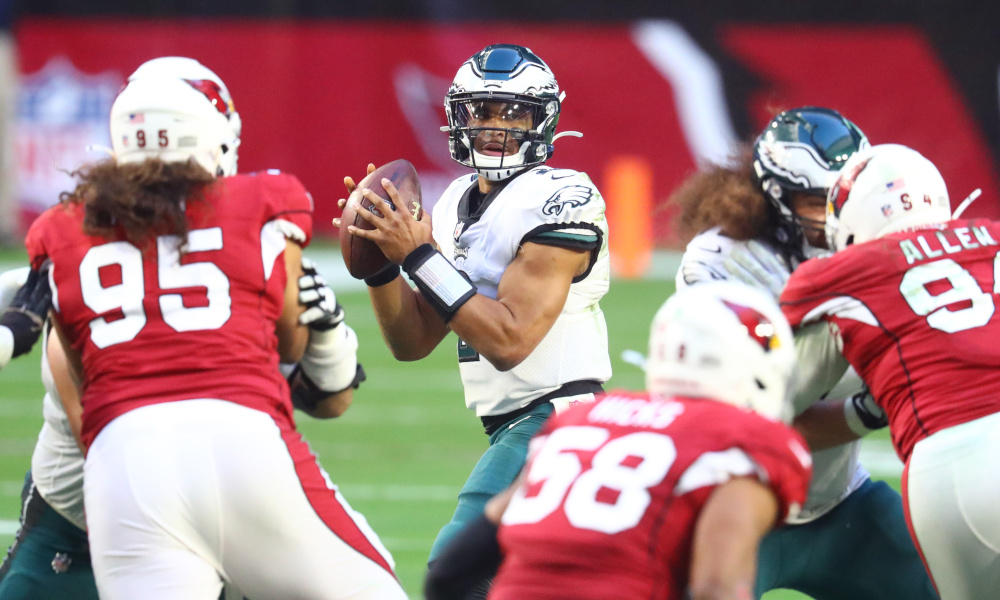 It is training camp season in the National Football League.

Alabama fans are excited to watch all the Crimson Tide alums have success. Names such as Tua Tagovailoa, Jaylen Waddle, Raekwon Davis, Najee Harris, Mac Jones, and Julio Jones have looked great. As attention turned to the Philadelphia Eagles on Thursday, the connection between Jalen Hurts and DeVonta Smith is clicking. Despite some struggles on Wednesday, Hurts was much better in the Eagles’ second practice. According to reports, he and Smith hooked up on a lot of plays — including an 80-yard touchdown during 7-on-7s. The throw and catch had Eagle fans going crazy as the two former Crimson Tide stars put in work.

Jalen Hurts is looking better than he looked yesterday pic.twitter.com/adsqCZ9xlm

Hurts is continuing to improve his passing mechanics, but having Smith has been great for him.

Before the 80-yard score, Hurts found Smith on a perfectly thrown 40-yard pass down the left sideline for a touchdown.

Jalen Hurts just threw a bomb 40-plus yards in the air down the left sideline, dropped in perfectly for DeVonta Smith, who had burned past two defenders for the TD.

The 2020 Heisman Trophy winner eluded two defenders and scored. Eagles’ head coach Nick Sirianni has not selected Hurts as the starting quarterback; however, he sees the work ethic of the 2017 College Football Playoff National Champion. He stayed after practice to get more work in with wide receivers and tight ends.

Hurts has been hungry to prove himself right, and Smith wants to show everyone why he was the best receiver in this year’s draft class. We will continue to watch both as training camp continues