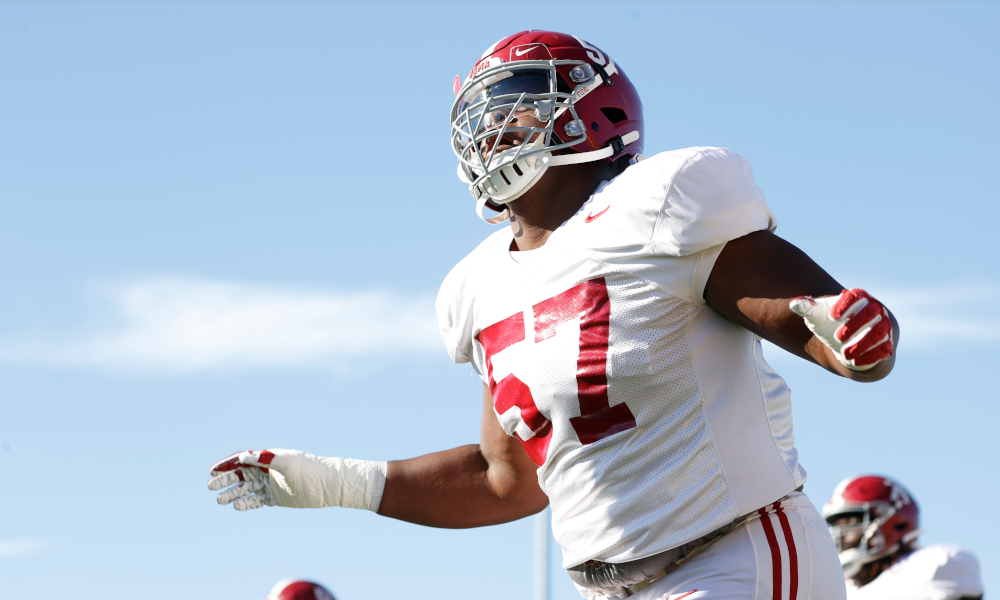 Javion Cohen is set up to win this season.

Nick Saban said the sophomore will most likely start at left guard for Alabama. He had a great spring and was selected to the Freshman All-SEC team for his efforts in 2020. The 6-foot-4, 325-pounder is a powerful offensive lineman; however, Cohen has secured himself off the field too. He signed a name, image, and likeness deal with the YOKE gaming company, and now he has found an organization to represent him.

Cohen, an Alabama native, has signed with Rosenhaus Sports for NIL representation.

Very blessed and excited to announce I have signed with @rosenhaussports for my NIL representation. Let’s gooooo @RyanMatha @DrewJRosenhaus

Drew Rosenhaus, the owner of the company, has been an agent since 1988. He and Ryan Matha will represent Cohen.

He came as a four-star in the Crimson Tide’s 2020 signing class. Cohen is prepared to rock on the front line.