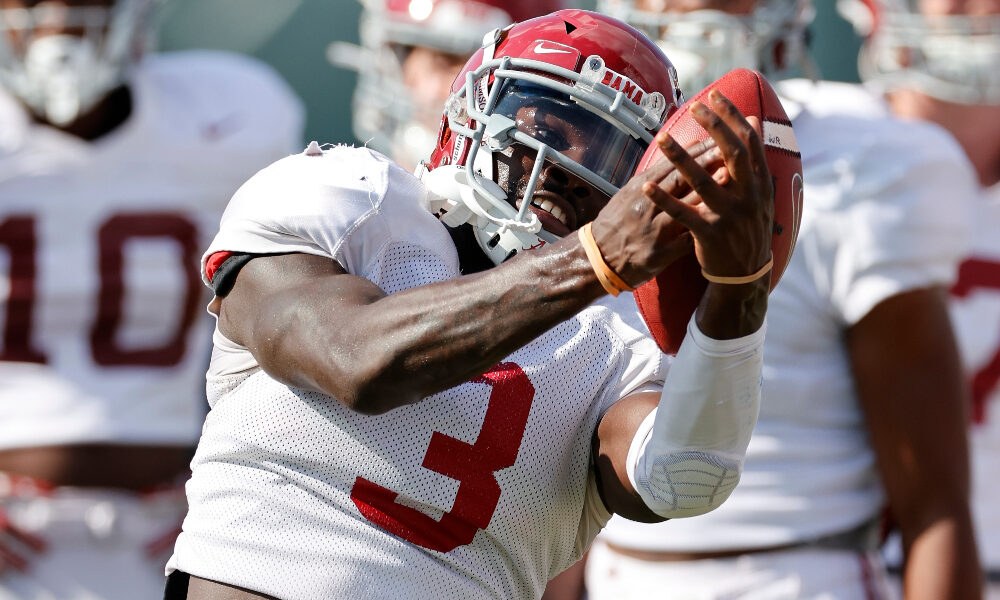 Alabama’s offense will be down one receiver for the foreseeable future.

During his post practice press conference on Wednesday, head coach Nick Saban was asked about redshirt junior wide receiver Xavier Williams and his absence from the team.

Saban responded with the news that Williams would not be playing this season due to some medical issues which he did not specify.

Nick Saban said that WR Xavier Williams is dealing with some medical issues and will not be playing this year.

“Ziggy has some medical issues that’s keeping him out,” Saban said. “Without saying what, he’s medically not going to play this year.”

Williams did participate in the Crimson Tide’s spring game back in April but is currently no listed on the team’s roster. He has also not entered the transfer portal.

The Hollywood, Florida, native appeared in six games in 2020 where he caught three passes for 24 yards with one of them coming against Ohio State in the national championship game.