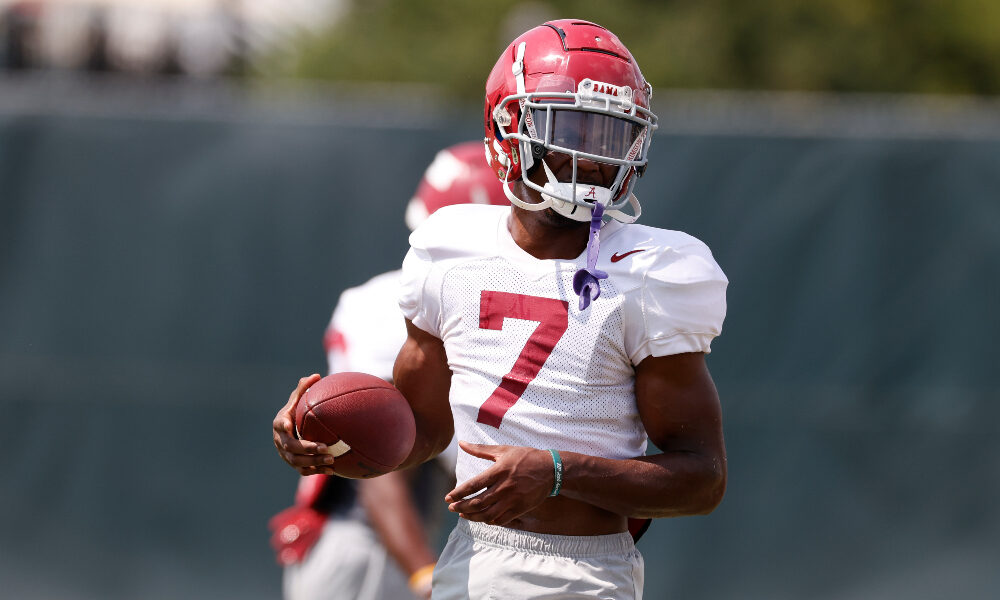 Like many areas of Alabama’s roster, Nick Saban and the coaching staff are still trying to figure out its kick return game. Although there’s still much evaluation to do, a number of newcomers have caught the eye of Saban along with a few others looking to be returning punts and kick offs.

“We’re trying to develop some punt return guys, but JoJo (Earle) has been really good at that and has shown some promise doing it,” Saban said during his post practice Zoom conference on Wednesday. “Ja’Corey Brooks has shown some promise doing it, field the ball, doing a good job. Slade (Bolden) did it last year, so he’s reliable to be able to do it.”

Although it could be easy to rule out Bolden due to his already extensive playing time, Saban has not shied away from putting his stars back as return men. As early as last year Alabama saw its top two receivers Jaylen Waddle and DeVonta Smith to go along with Bolden, return punts.

Smith, the 2020 Heisman Trophy Winner, found the most success returning punts as he totaled 11 returns for 237 yards and one touchdown which came against Arkansas. Bolden finished with the second most punt returns with seven for 49 yards.

There are also a few other players in contention for the team’s kick off return slots which Saban quickly highlighted.

“Jameson Williams is back there, Camar Wheaton’s back there, the other running backs are back there doing it,” Saban said. “A little bit more to choose from than we had a year ago depth-wide.”

In 2020 Alabama had five different players return kickoffs which included Waddle, Smith, Carl Tucker, and returning players Jahleel Billingsley, Brian Robinson and Trey Sanders. Billingsley topped the list in returns from a year ago with five for 89 yards.

“Jahleel is kind of a special talent in terms of what he can do,” Saban said about Billingsley returning kicks in 2020. “He has tight end size but really kind of wide receiver athleticism. We’ve had some injuries back there in terms of who has been out kickoff return guy. And he seems to be able to do it the best, and that’s why we’ve given him an opportunity to do it.”

Despite his success in 2020, Billingsley has missed the first two practices of fall camp due to COVID-19 protocols which has swung the door open for others to compete for the spot.