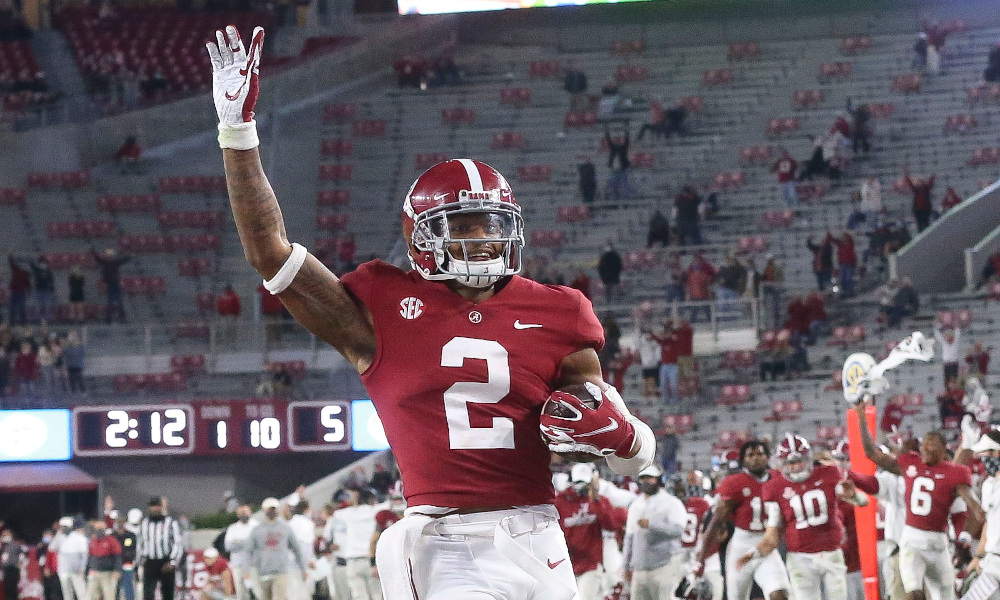 Denver had been raving about Patrick Surtain II since it got him, and Saturday’s game versus Minnesota showed it.

Surtain, a native of Plantation, Fla., had one interception returned for a touchdown in his career at Alabama. The moment happened last season for him against Mississippi State at Bryant-Denny Stadium. Surtain finished his 2020 campaign winning SEC Defensive Player of the Year, first-team All-SEC, and Unanimous First-Team All-American.

His ball skills were on display in the second quarter versus the Vikings, as he recorded a pick-six off Jake Browning. A bunch of his teammates congratulated him, including Jerry Jeudy.

PS2 with a PBU. @PatSurtainll

Surtain and Jeudy are both from South Florida.

Both players were five-star athletes for the Crimson Tide, and they won at least one national championship. He has to battle Jeudy in every practice, so it prepared Surtain for his touchdown.

He was selected at No. 9 overall in the NFL Draft in April. The Broncos are hoping that Surtain can improve its secondary.