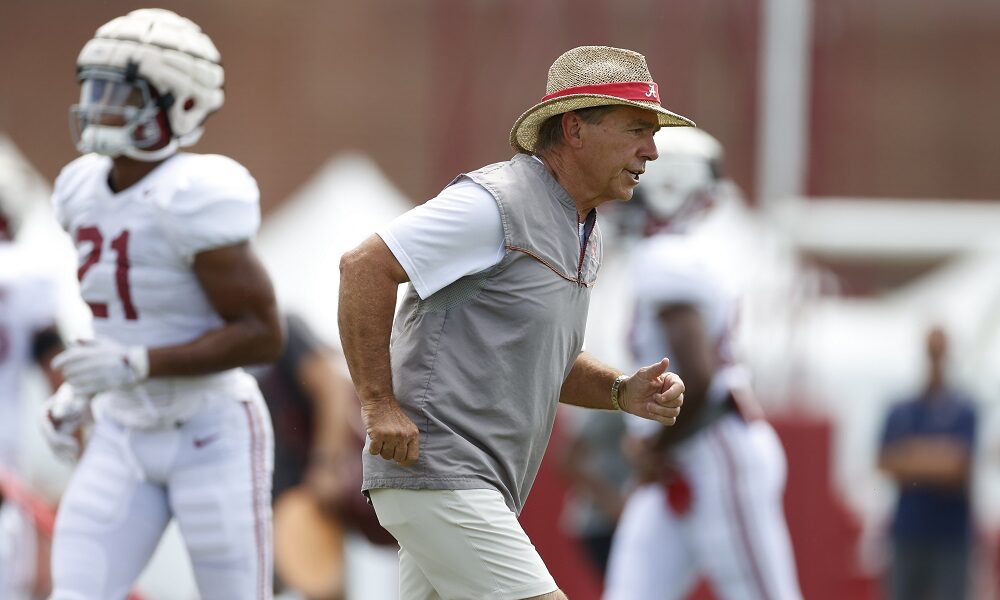 Alabama football will open its season versus the Miami Hurricanes in three weeks.

The USA Today Coaches Poll ranked the Crimson Tide at No. 1 for the preseason, and the Associated Press did the same.

RELATED: Alabama players are buying into the Bill O’Brien offense

According to the publication, Alabama is the top-ranked entering the season. Nick Saban is looking to build off a perfect campaign in 2020 with another national championship. The Tide lost players to the National Football League, especially on offense, but it returns a capable team. Bryce Young replaces Mac Jones at quarterback, and Bill O’Brien is calling the offense.

Defensively, this should be the best group Alabama has had since 2017.

Listed below is the Top 25 Preseason Poll from the AP.