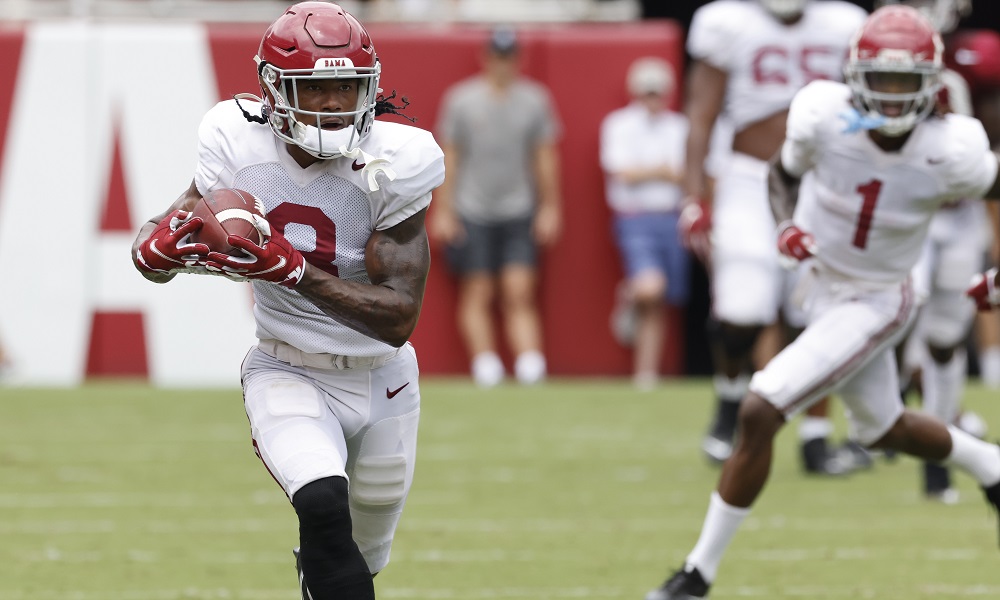 Alabama football will open this season with five names on the Associated Press Preseason All-American team.

According to an announcement from the publication on Monday, Evan Neal, Will Anderson Jr., Emil Ekiyor Jr., Christian Harris, and John Metchie III represent the Crimson Tide.

Neal and Anderson were selected for the first team, while Ekiyor, Harris, and Metchie were second-teamers. Alabama is pursuing back-to-back national championships for the first time since 2011 and 2012.

All five players have been chosen for at least one preseason award watch list.

The Tide has had two scrimmages in fall camp and has six practices left. Alabama’s season opener is against the Miami Hurricanes on Saturday, Sept. 4 at 2:30 p.m. Both teams will meet at Mercedes-Benz Stadium in Atlanta, Ga.