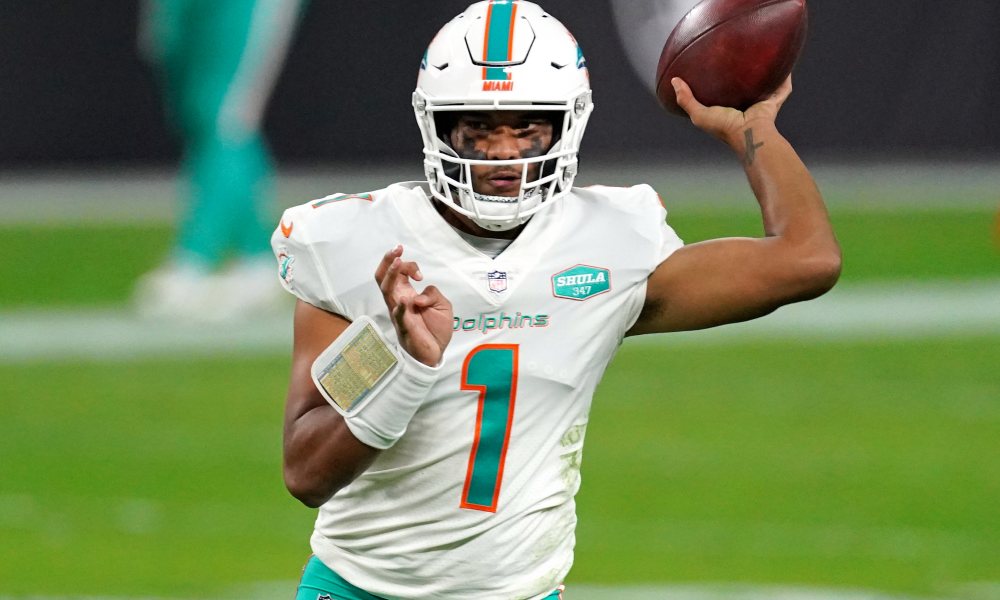 After being selected with the  5th overall pick Miami Dolphins quarterback Tua Tagovailoa could be on the move. Rumors have spiraled for months that the Dolphins could be looking to move off of Tagovailoa in favor of another quarterback.

The franchise has been consistent that the team is committed to Tagovailoa but it may have just been presented a trade it simply cannot refuse.

It was reported by Pro Football Talk’s Mike Florio that the Houston Texans could be moving Deshaun Watson this week and the Dolphins are amongst the favorites to land him.

The trade will very likely include Tagovailoa in the deal despite him having a very impressive preseason at the helm. Despite a 6-3 record when starting, Tagovailoa has had some ups and downs as the starter for the Dolphins.

He had to pulled on two separate occasions in favor of veteran quarterback Ryan Fitzpatrick with one situation resulting in a game winning drive following the south-paw’s benching.

It should be noted that the Dolphins were not the only team in contention for Watson, as the Carolina Panthers were also listed in the report. Watson is also facing some extremely serious accusations of sexual assault which could come into play whether the Dolphins move forward with the trade or not.

Whether the off the field troubles impact the deal of not the Dolphins are still intrigued by the prospect of acquiring the pro bowl quarterback.