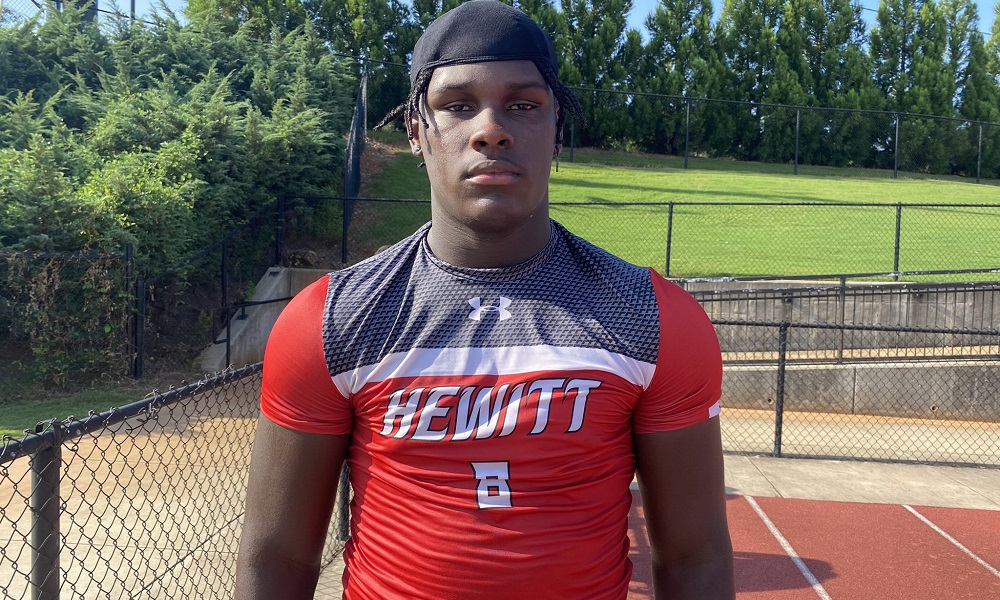 The off-season was very good to 2023 defensive end, Hunter Osborne, who saw his recruitment hit another gear.

Osborne entered May with one offer. By the end of June, the Hewitt-Trussville product’s D1 offer total stood at 12. Texas A&M, Virginia Tech and Indiana extended offers to Osborne during that stretch.

Morgan State became the 13th program to offer the junior on Aug. 25.

“It has been nice,” Osborne told Touchdown Alabama. “All the hard work is starting to pay off. I just want to keep on working on my game and improving. That is the main thing.”

Multiple schools had an opportunity to see Osborne at camp during the summer. The junior said several coaches were impressed with his performance.

“They said they like my size, how I move, my get off, my ability to bend and my punch,” said Osborne.

The combination of Osbourne and Alabama’s four-star defensive end target, Justice Finkley has paid huge dividends for the Huskies through two games this season. The pair caused major disruption in Hewitt-Trussville’s shutout win over Saraland Friday.

“It was a real nice experience,” Osborne said. “I got to talk to coach Roach and coach Saban afterward. Coach Roach said he will keep in touch.”

September 1 will be the first day that NCAA coaches will be allowed to directly contact 2023 recruits. The Crimson Tide could be one of the programs reaching out to Osborne.