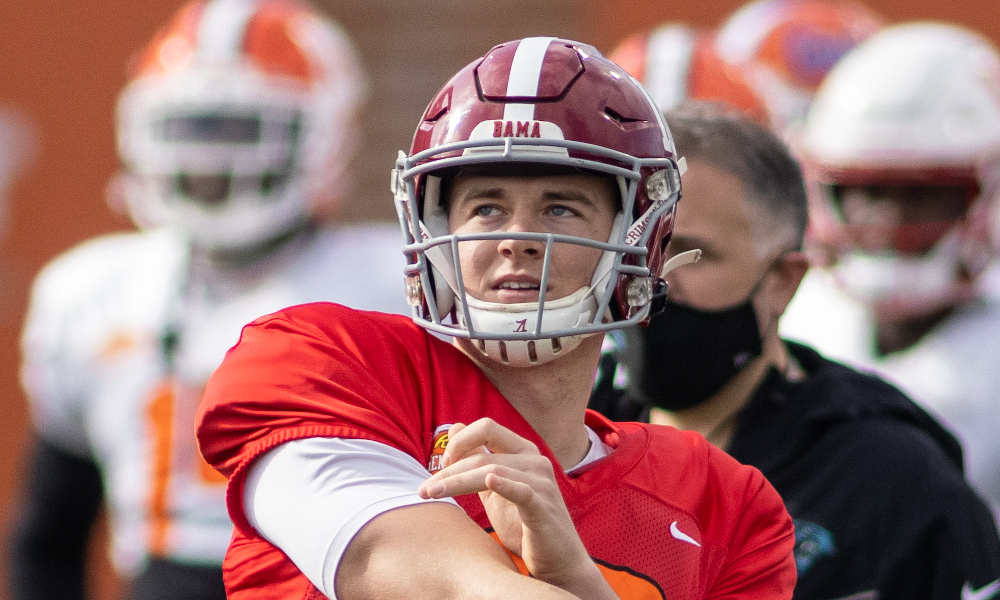 Alabama and Patriots fans had something to excited about this morning when the six time Super Bowl champions announced that rookie Mac Jones would be the starting quarterback moving forward.

The news was first reported by The Boston Globe stating that head coach Bill Belichick decided to release 2020 starting quarterback Cam Newton and giving Jones the keys to the franchise.

Fans of both franchises quickly went on line to share their excitement over the news of the team’s new quarterback.

Below are a few of the top reactions to the breaking news:

I have a very strong dislike for the Patriots but this move makes me hate them a little less! Jones is going to light it up out there.#Patriots #macjones #NFL https://t.co/WivyeHKTFt

BOW DOWN TO UR KING I KNOW THE PATS #StartMac10 https://t.co/IOTnoI0E3r