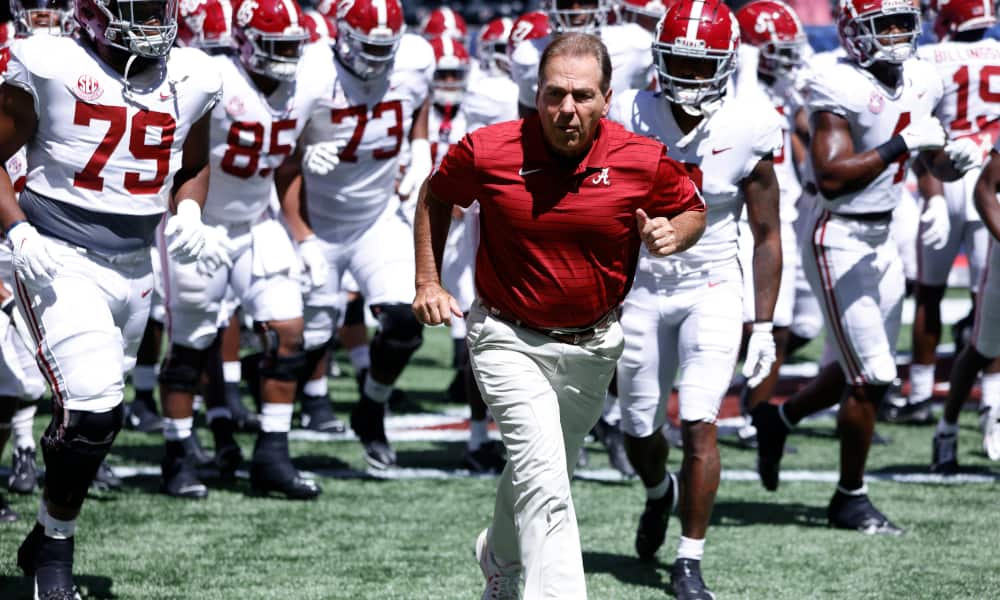 Bill O’Brien coached the Crimson Tide’s offense to 44 points, and its defense limited the Hurricanes to 13 points in a dominant victory at Mercedes-Benz Stadium. Bryce Young was stellar in his debut as Alabama’s starting quarterback, and the defense gave D’Eriq King and the ‘Canes no chance to have success.

Miami and its fans talked a lot of noise before the matchup; however, the graphics team for the Tide had the last laugh. On Monday, a savage troll job was done by Alabama to the Hurricanes via Twitter.

A poster surfaced with the caption: “It’s All About The Double U.”  Miami is all about “The U,” but the Tide is all about winning.

Alabama sent a message to the rest of college football that it has reloaded the clip for a seventh national championship run under Nick Saban.

He is now 11-0 all-time in marquee season openers, including seven wins versus ACC schools. The Tide now turns its attention to its home opener this week versus Mercer at Bryant-Denny Stadium.