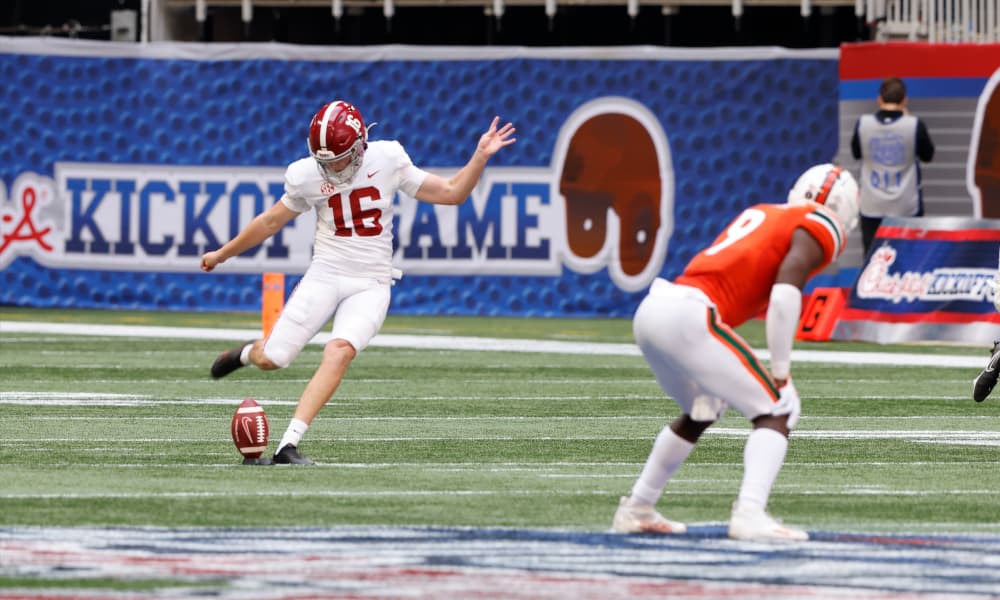 Will Reichard has made 17 straight field goals since 2020.

He was perfect on his 14 attempts last season, and he started this year with three made kicks against Miami. The alumnus from Hoover (Ala.) High School connected on tries from 38, 51, and 40 yards in Alabama’s 44-13 win over the Hurricanes.

Reichard was responsible for 14 of the Crimson Tide’s 44 points, and he executed touchbacks on all seven kickoffs.

His confidence has provided ‘contagious’ energy for Alabama’s offense and the team as a whole.

Week 1⃣ Stars of the Week are here!

Reichard is pursuing the honor this season.

He returns to Bryant-Denny Stadium on Saturday to play Mercer.