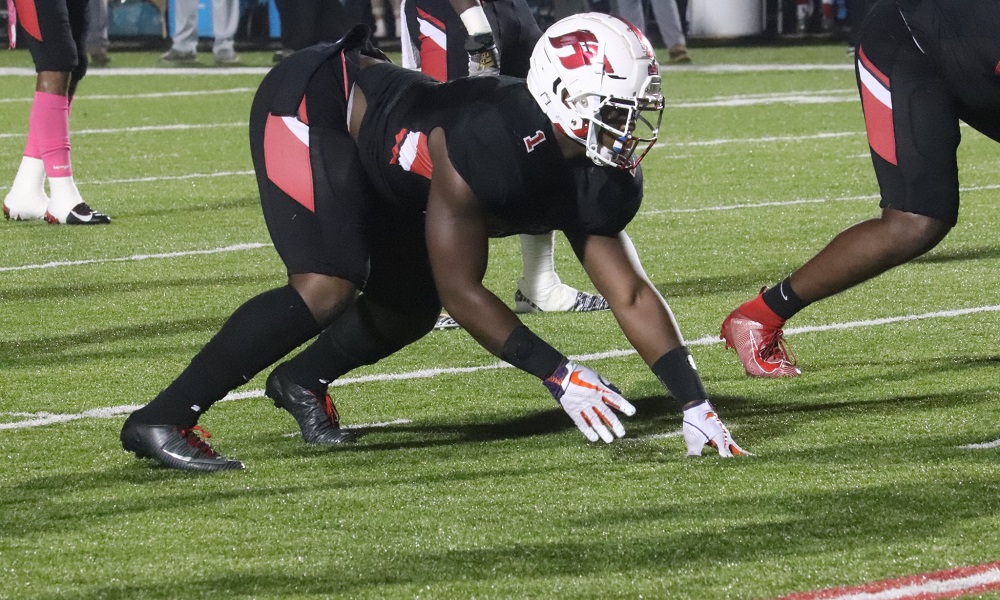 Alabama football’s four-star defensive end target, Justice Finkley tweeted he is committing to a school where he can play with the best of the best ahead of his commitment announcement.

Finkley will choose between Alabama, Texas and Colorado Thursday. He visited each program during the summer and made multiple trips to Tuscaloosa. The Crimson Tide last hosted him in July for their annual Champions’ Cook Out.

At 6-foot-2 and 255 pounds, the four-star recruit possesses an impressive build. He is one of the strongest players in the 2022 recruiting class, and he has experience rushing from different spots along the defensive line.