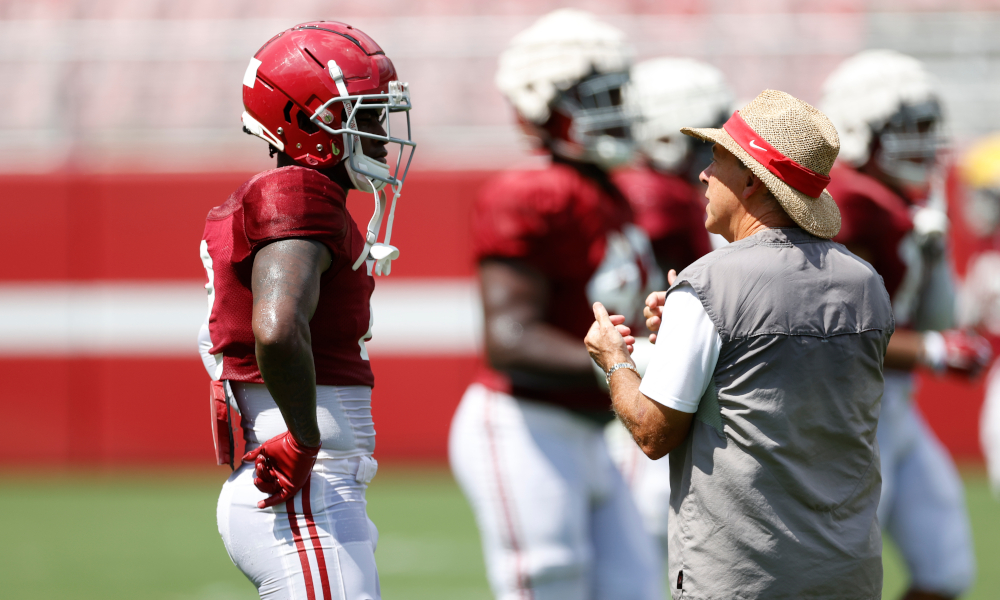 Each national championship team of the Nick Saban era for Alabama football has had one common denominator: strong leadership from veteran student-athletes.

After securing a perfect season in 2020, Coach Saban had one message for his team during Thursday’s “Hey Coach” show.

He wants to see the leadership council take ownership of this group. The Crimson Tide earned a 44-13 victory over Miami, but Saban was frustrated with the lack of intensity in the second half. Alabama outscored the Hurricanes, 17-10, but penalties, mental errors, and failure to score touchdowns in the red zone bothered Saban. He also stated that Monday’s practice did not meet expectations. The 69-year-old referred to his “Rat Poison” message to get the attention of his players. Alabama has its home opener Saturday against Mercer; however, Saban wants his guys focused on the SEC gauntlet starting next week.

He spoke on the leadership from the 2020 team and how easy it was to coach them, despite a global pandemic.

Mac Jones, Najee Harris, DeVonta Smith, Landon Dickerson, Alex Leatherwood, Deonte Brown, Patrick Surtain II, Joshua McMillon, and Dylan Moses had everyone’s respect. The team policed itself, and no distractions deterred it from the goal. In a meeting with this leadership council, Saban challenged players to step up.

“I’m telling you guys if you don’t start taking the bull by the horns relative to what I’m talking about, we’re gonna have a tough time getting to where we want to go,” he said.

Since 2009, Saban has challenged veteran players to lead teams following a national championship.

Alabama became complacent in 2010 and lost three games, including one to South Carolina, as a result of it. Despite the “joyless murderball” in 2018, the leadership failed against Clemson in the 2019 College Football Playoff national title matchup. The Tigers embarrassed Alabama, 44-16, in Santa Clara, Calif.

After winning a championship in 2012, Alabama’s 2013 and 2014 teams failed to capture a national title. Saban knows the challenge of staying atop college football edge every year.

The Tide has a target on its back and will get everyone’s best game. He wants the experience on this team to take his message to everyone.