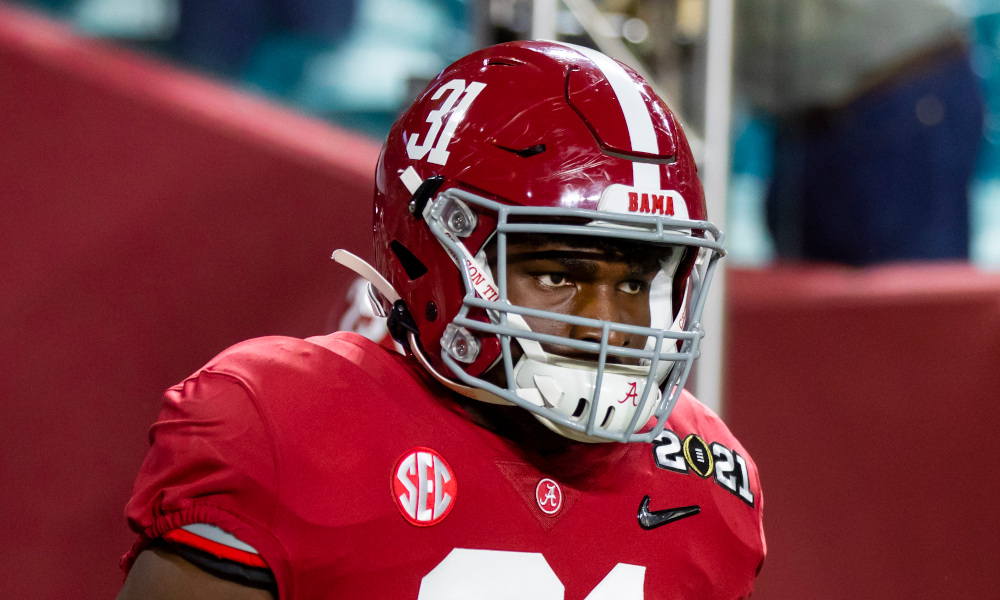 Alabama outside linebacker Will Andeson left Saturday’s game in the middle of the third quarter with a right leg injury.

The injury came on a play when a Mercer back attempted a low block on Anderson which connected with his leg. Anderson walked off the field under his own power and later entered the team’s medical tent.

Shortly after, Anderson walked to the locker room under his own power and the SEC Network’s broadcast later reported that he would be out for the remainder of the game. He was replaced by sophomore linebacker Chris Braswell.

Losing Anderson would be another big blow to Alabama’s defense after fellow outside linebacker Christopher Allen suffered a foot fracture against Miami. Allen is likely done for the season.