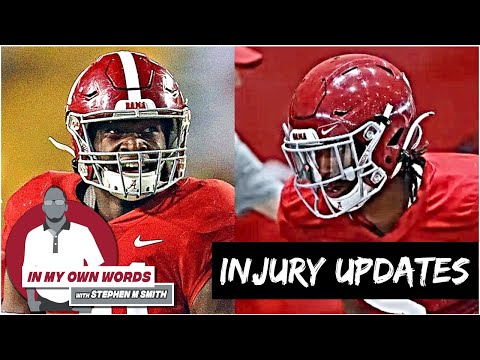 After Alabama’s victory over Mercer, Nick Saban updated reporters on injuries in his presser.

Anderson’s (knee) is not as bad as what was initially thought. The sophomore had Monday off; however, he will practice the rest of the week. Jobe and Armour-Davis were banged up last week, but both have returned to practice.

RELATED: JoJo Earle’s ‘professional’ mindset at receiver has Alabama excited about him

Ray has not played since having groin surgery in the summer. He dressed out for Alabama’s first two games, but it will be interesting to see when he returns to playing. During Monday’s airing of In My Own Words, yours truly of Touchdown Alabama Magazine updates on all four players. The Crimson Tide will at least have Anderson, Jobe, and Armour-Davis this week.

Hopefully, Ray can put together a successful final year at Alabama.