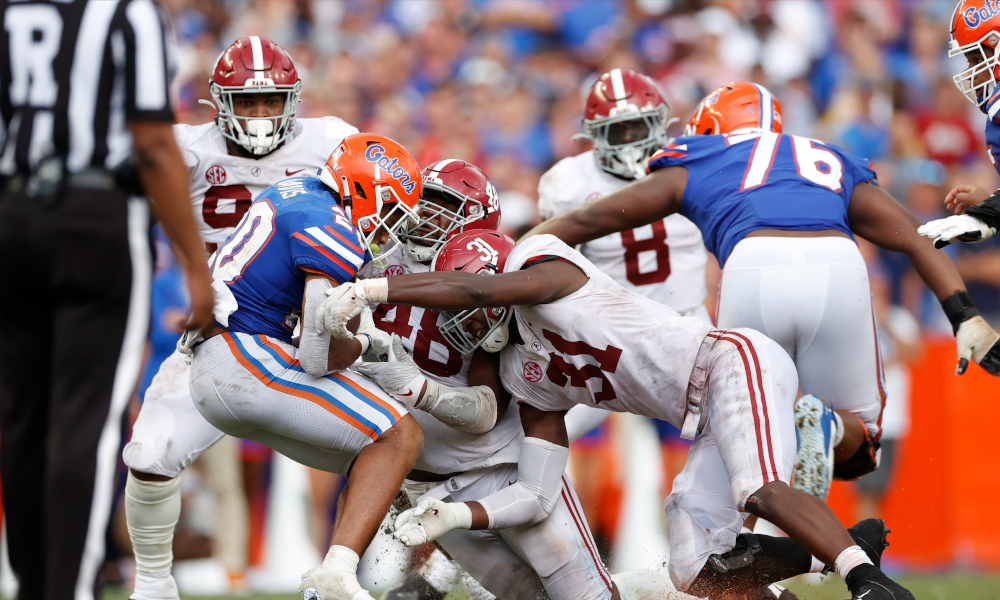 Nick Saban holds Alabama football to a high standard, but Crimson Tide fans everything to a higher standard.

The supporters of the football program were not happy with last week’s performance.

Defensively, Alabama was dominated by Florida’s offense, despite earning a 31-29 victory. The Gators totaled more first downs, rushing yards, and total yards than the Crimson Tide, and a failed two-point conversion was the difference. Alabama hosts Lane Kiffin and Ole Miss in two weeks at Bryant-Denny Stadium, and fans are concerned. Mississippi was one of two teams that recorded 40+ points on the Tide in 2020, and Kiffin wants this opportunity to beat Coach Saban.

Alabama had many uncharacteristic plays on defense versus Florida, including missed tackles, penalties, and a lack of effort on the field. Fans expressed their feelings about the defense on Facebook. Much frustration remains about Pete Golding.

Hopefully, the Crimson Tide makes the necessary improvements on defense.