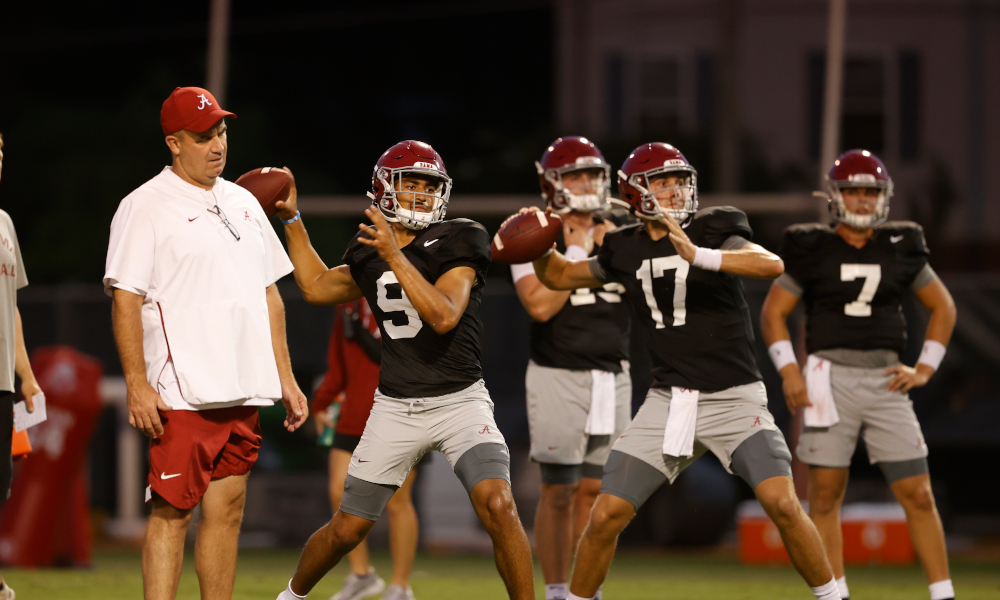 Alabama leads Florida at halftime, but Crimson Tide fans are not happy with Bill O’Brien’s play-calling.

Bryce Young has three touchdown passes; however, he was sacked twice by the Gators’ defense.

Alabama’s wide receivers dropped passes in the first half. Fans want to see more balance, especially with some of the runs Brian Robinson had during the first quarter. The best way to take an aggressive defense and crowd out the game is to run the ball.

Tide fans have expressed their opinions of O’Brien’s game plan on Twitter.

BOB I’m a big defender of you man… but run the fucking ball. Come on

Bill O’Brien, lets run the ball here. Eat up some clock before halftime and score.

That drive is on OC BOB. It’s a plain as saying easy call to run it on first down there to get the clock moving. Runs a whopping 10 seconds off the clock and the D is right back on the field. So, so bad bad from Bill O’Brien there. #RollTide

Alabama leads 21-9, and its defense will open the second half against Florida’s offense