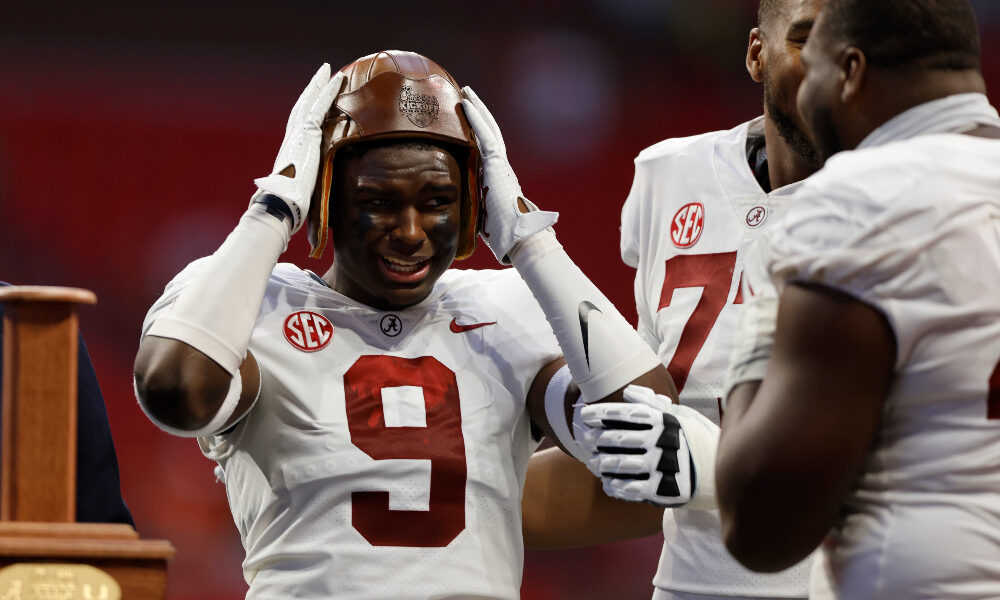 You typically never see Alabama players speak in front of the media who are underclassmen, not media trained or in Jordan Battle’s case give specific examples of Nick Saban’s go-to material.

Two weeks ago, Battle let slip a few of his head coach’s famous “deez nuts” jokes he likes to tell the players while at practice.

Former Alabama running back Josh Jacobs lit the original fire of the obsession with Saban’s sense of humor during an appearance on The Dan Patrick Show back from back in 2019, although it never got quite specific as Battle did.

Nor was he still a member of the team.

But everybody deserves a second chance, and Battle got one on Tuesday when he addressed the media for the first time since the incident. It turns out he is still doing well since becoming internet famous, and that he had a sit-down chat with Saban that will, unfortunately (but probably for the best) be kept in house.

“Yeah we had a conversation,” Battle cautiously told reporters on Tuesday. “But our conversation you know, (is something) we’ll keep to ourselves.”

The explanation was brief and to the point, which is probably how Saban would like it.