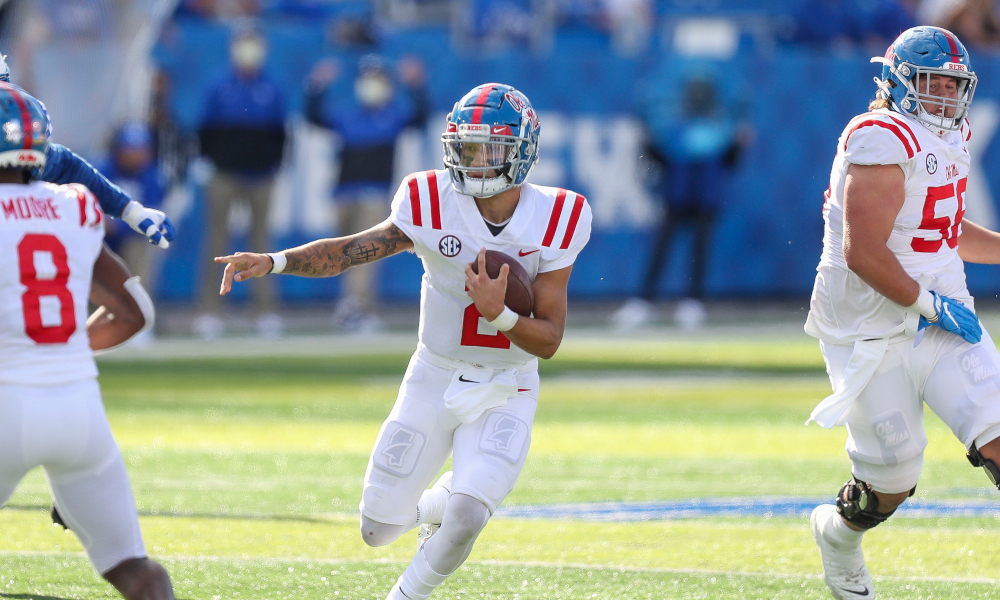 After its win over Southern Mississippi, Alabama football returns to its Southeastern Conference schedule.

The Crimson Tide hosts Lane Kiffin and Mississippi on Saturday at Bryant-Denny Stadium. Alabama’s defense surrendered 48 points to the Rebels in 2020, but it has an opportunity to redeem itself. All week, defensive players for the Tide have spoken about returning to the “Bama standard.” Defensive coordinator Pete Golding and his group have to live up to the moniker this week.

Offensively, Ole Miss has one of college football’s most explosive units. The Rebels are averaging 52.7 points per game and have a Heisman Trophy frontrunner at quarterback.

CBS will have the call at 2:30 p.m., but below are the impactful players for the Rebels.

He is one of the best quarterbacks in the Southeastern Conference and college football.

As a sophomore, he turned in a stellar performance against Alabama’s defense in 2020.