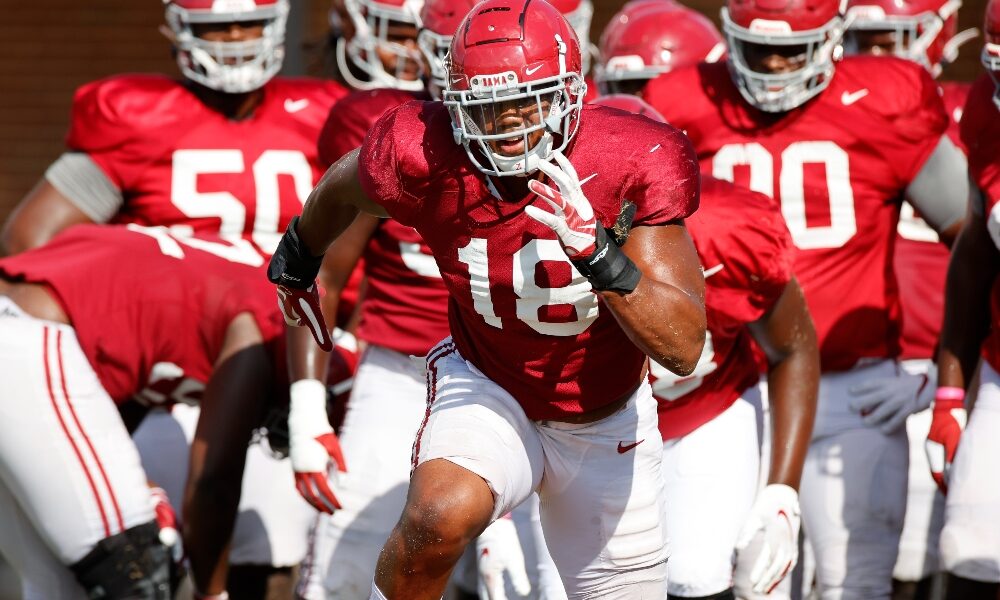 He has been hampered by injuries throughout his career, but LaBryan Ray is still playing for Alabama.

After an elbow issue limited him in 2020, the redshirt senior returned for his fifth season.

Ray, a former five-star athlete in Alabama’s 2017 signing class, missed the first two games of this year because of groin surgery. The 6-foot-5, 285-pounder played in the last two matchups.

He recorded a tackle versus Florida and looked good at Bryant-Denny Stadium against Southern Miss.

Crimson Tide fans want one healthy campaign from the talented defensive end. During the SEC’s Coaches Teleconference, Nick Saban updated reporters on Ray. He said the Madison (Ala.) native is making strides to be the player he was before injuries.

“He’s played in the last two games and played more in each one of those games,” Saban said. “We’re very pleased with the progress he’s making and the way he’s playing.”

The 2018 season has been the lone year Ray was healthy. He played in 15 games, recording 39 tackles, 5.5 tackles for loss, 2.5 sacks, two pass breakups, and two quarterback hurries.

Alabama will work him into the rotation a lot for Saturday’s matchup against Mississippi. Coach Saban wants to affect Matt Corral in the pocket, and rotating fresh defensive linemen will do it.

Hopefully, we could see Ray come up with big plays versus Ole Miss’ offense.