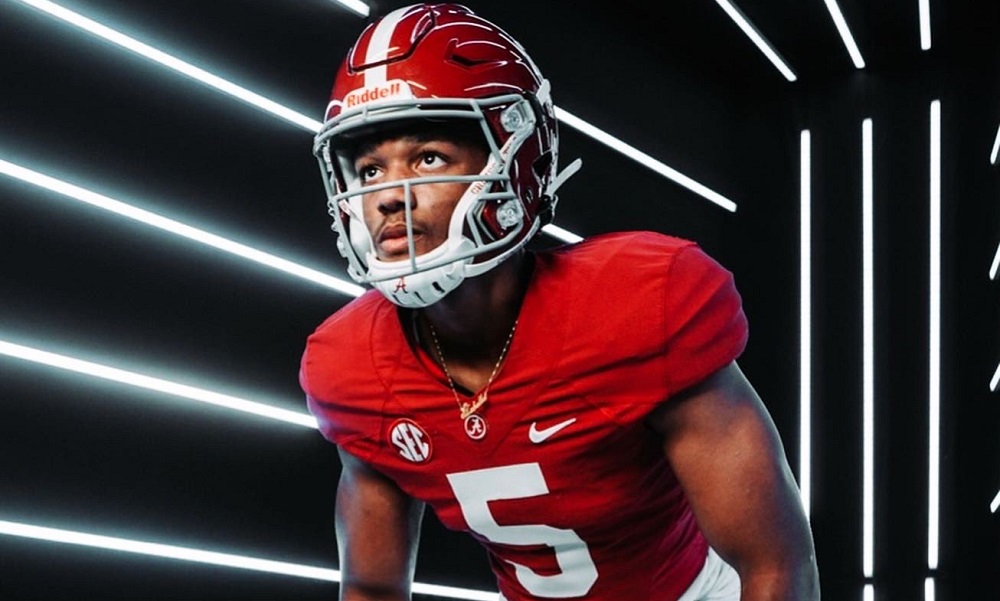 Alabama football’s five-star linebacker commit, Shawn Murphy is putting on his recruiting hat in an attempt to help the Crimson Tide pull in some elite defensive talent.

Murphy has made it evident that he wants Alabama to land four-star prospects, Shemar James and Earl Little Jr. James is projected to be a linebacker at the next level, and he de-committed from the Florida Gators on Wednesday. Little is one of the top defensive backs in the 2022 recruiting class out of American Heritage High School in Plantation, Florida and is not committed anywhere.

The Manassas, Virginia product told Touchdown Alabama in August he was attempting to help the Tide add several top 2022 recruits.

“I am trying to recruit a lot of great athletes in the 2022 class because I really want our class to be the best,” Murphy said.

Murphy went on to tweet that he, Little and James ‘got some talking to do’ and urged Alabama fans to join him in recruiting both of them.

Mannn @EarlLittleJr1 @shemar0524 we got some talking to do 💯🤝 #RollTide

The Crimson Tide currently have commitments from 17 2022 recruits. They will look to close out this class strong and landing James and Little would be massive.