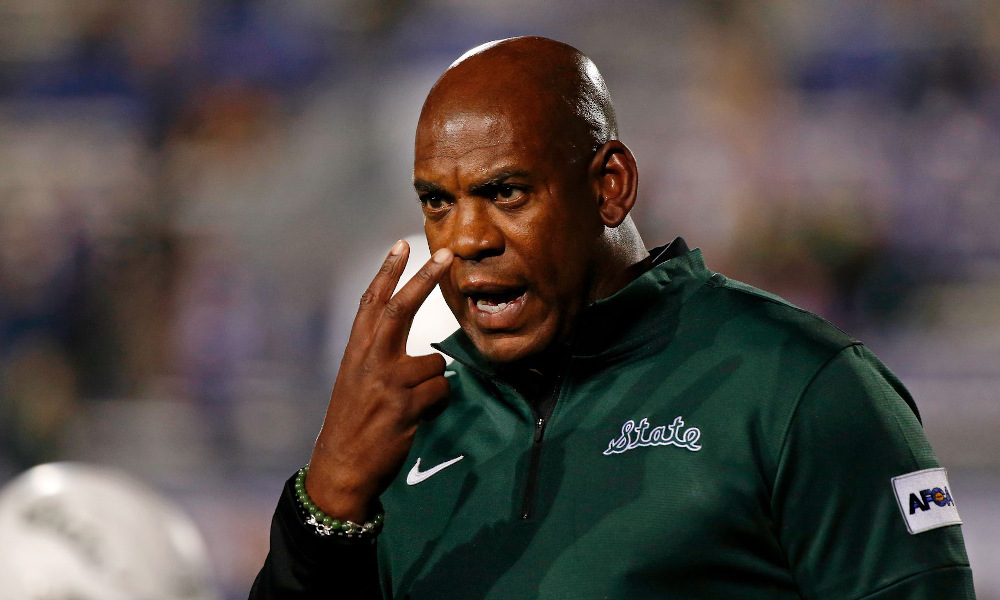 He saw Saban as a mentor, but now Tucker has his moment. In his second season as head coach, Tucker has the Spartans with a 9-1 record and a half-game behind Ohio State for first in the Big Ten East. Michigan State can put itself in the driver’s seat for the Big Ten Championship Game with a win over the Buckeyes on Saturday. Before the matchup, the powers that be for the Spartans are working on locking Tucker down for the long-term.

A ten-year, $95 million contract extension is in the works for Tucker.

The deal would make him the highest-paid African American head coach in any U.S. sport.

He was assistant head coach and defensive backs coach for the Crimson Tide’s national championship team in 2015. Tucker coached the defensive backs to 18 interceptions, including four returned for touchdowns.

He was behind the move of Eddie Jackson from cornerback to free safety. Jackson flourished under Tucker with a team-high six picks (two for scores) that year.

Congrats, Hell Of A Coach Much Deserved @Coach_mtucker https://t.co/wJBvPJ1qAw