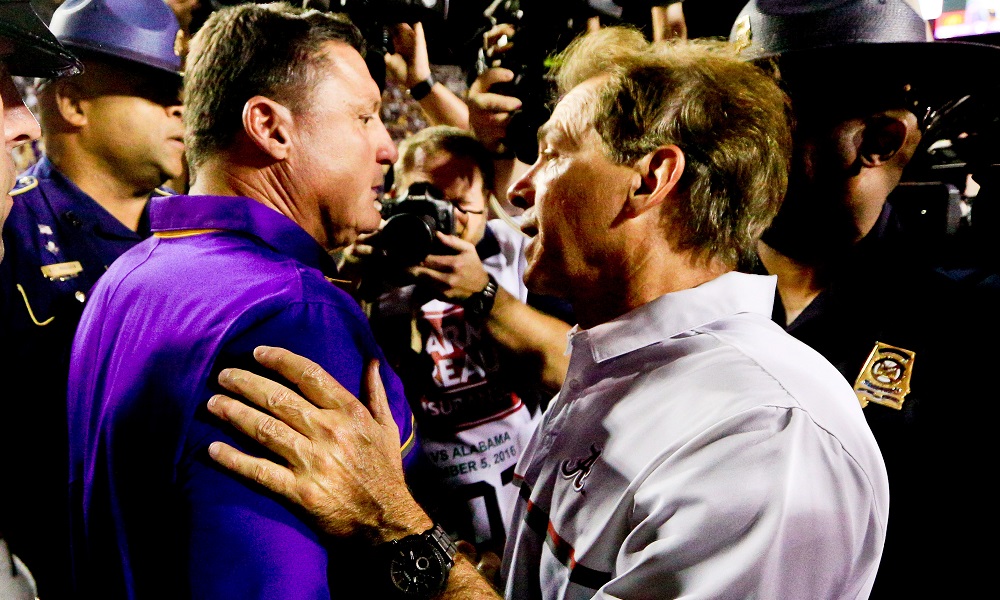 Alabama football is off this week, but it is preparing to face the LSU Tigers.

According to the Southeastern Conference front office, multiple times and networks have been announced for the matchup.

All things will be determined following the games this week. During his tenure in Tuscaloosa, Nick Saban has played LSU at night or a 3:30 p.m. CT kickoff that goes into the night. If the game is played at 11 a.m., it will show how much the rivalry has dropped under Ed Orgeron. After sustaining a loss to Mississippi, the Tigers will enter Bryant-Denny Stadium at 4-4 on Saturday, Nov. 6.

He totaled 393 passing yards, 64 rushing yards, and three touchdowns against the Tide’s defense. Coach Orgeron told his players that BDS was LSU’s home from now on, and he led a profanity-laced statement in the locker room. Orgeron said the Tigers would beat Alabama in recruiting, on the field, and every time both teams meet up. He ended by saying “Roll Tide, what … F***U!”

His players cheered with approval. Tide fans remember this well.

They are looking forward to facing LSU.