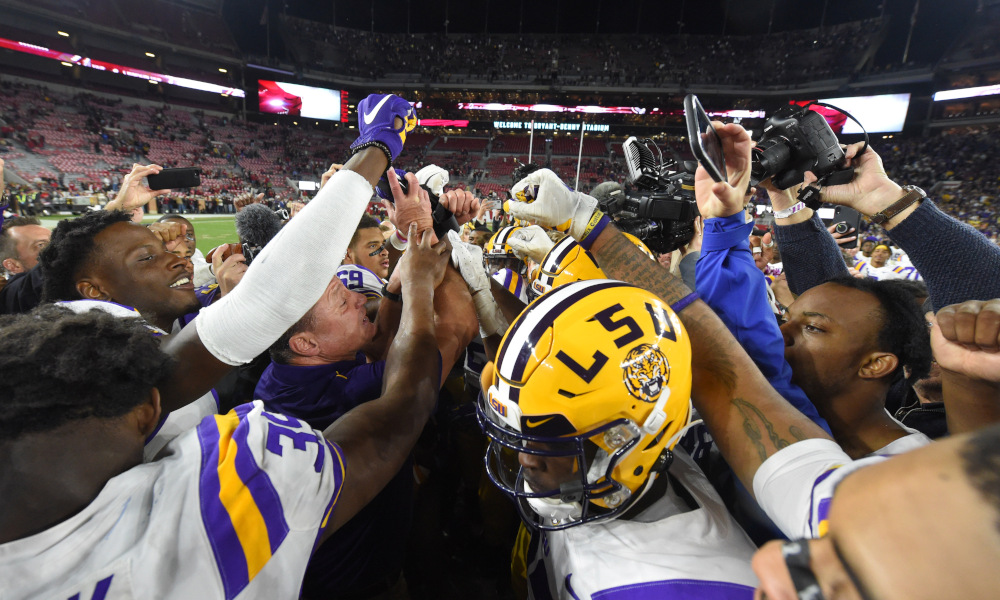 Ed Orgeron is in an ocean of turmoil.

He has been relieved of his head coaching duties at Louisiana State University, but he wants to finish out the season. The Tigers are under off-field allegations, and the football team has not played well since winning a national championship in 2019.

RELATED: Retirement not on Nick Saban’s mind as his 70th birthday approaches

Another piece of the saga came in Wednesday’s SEC Coaches Teleconference.

Orgeron told reporters that LSU “does not have enough players to have a practice or scrimmage.” The Tigers were scheduled to scrimmage Thursday and practice on Wednesday. Orgeron’s team has been hampered by injuries, including six starters out on defense. The Tigers are missing talented wide receiver Kayshon Boutte on offense and Anthony Bradford on the offensive line.

It will return Cam Wire at left tackle for next week against Alabama, but that is it.

After being national champions two years ago, LSU is in a troublesome spot.

Alabama fans remember what happened in 2019 at Bryant-Denny Stadium. The Crimson Tide remembers the profanity-laced motivation speech from Orgeron in the locker room.

It remembers how Orgeron and the Tigers celebrated at midfield in calling BDS their home from now on. Tide fans also remember a few LSU players coming toward the student section taunting recruits.

The Tigers will rally behind Orgeron, but Alabama and its fans want this matchup.