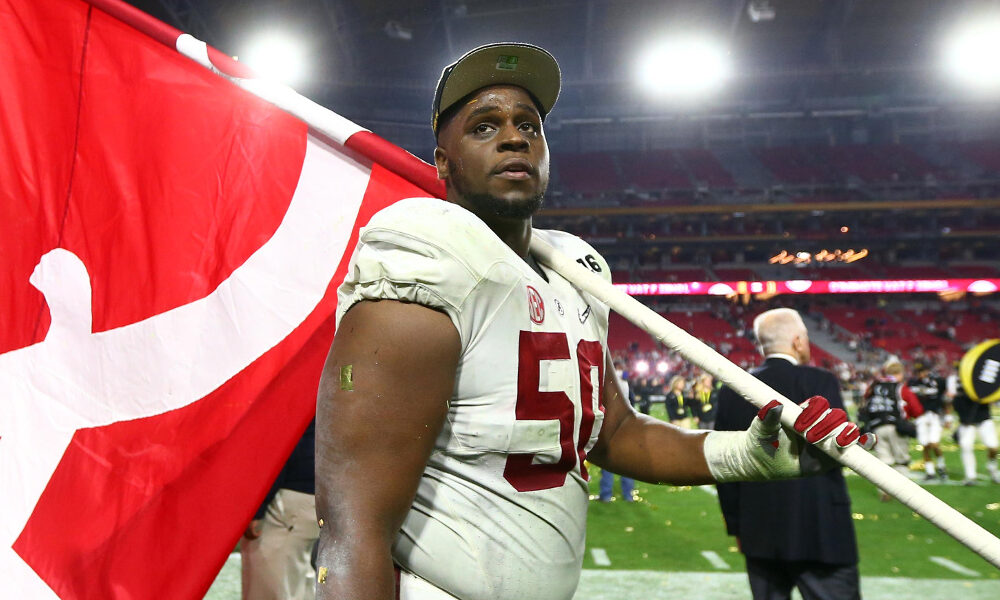 Alabama fans and former players have not forgotten extracurricular things LSU did in 2019.

The Tigers will return to Bryant-Denny Stadium next week. LSU looks to spoil the Crimson Tide’s season, but one Alabama alum wants Nick Saban to have no mercy on Ed Orgeron.

Taylor is looking for his Alma mater to hang 60 points on Coach O and the Tigers.

I pray we hang 60+ on LSU. Yes I’ve been salty since the last time they came to Tuscaloosa. Yes I want Coach O to request a to-go box for this ass whooping.

He wants Orgeron to have a “to-go box” with his beatdown in Tuscaloosa.

RELATED: LSU faces Alabama next week, but does not have enough players to practice or scrimmage

Orgeron told reporters on Wednesday that LSU did not have enough players to practice or have Thursday’s scrimmage. He will not return to coach the program next season.