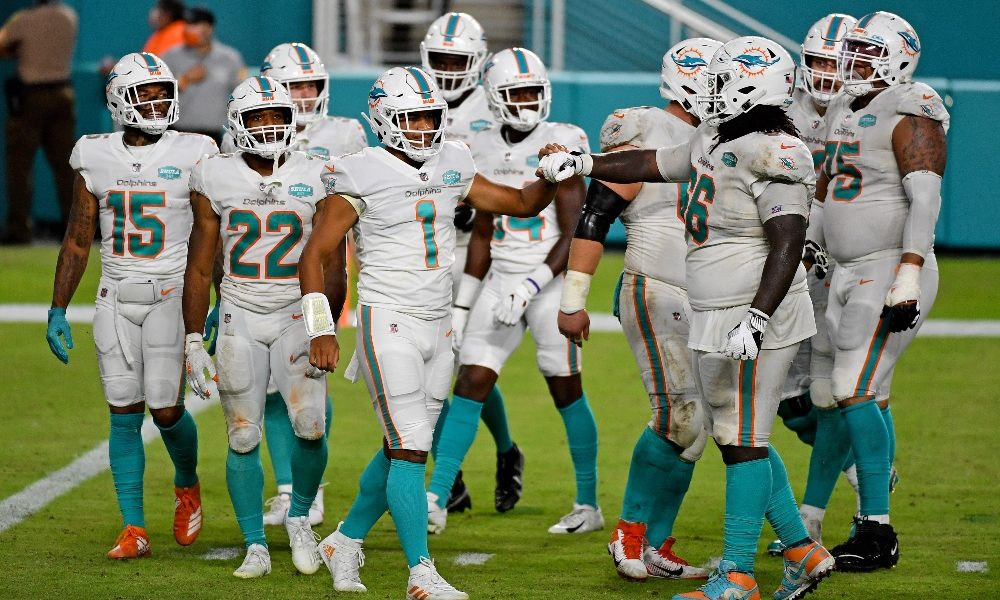 Are the Miami Dolphins truly all in on Tua Tagovailoa?

Reporters are trying to get the truth from Coach Brian Flores.

Next Tuesday is the trade deadline for the National Football League, and Miami is the top team linked to Deshaun Watson of Houston in trade rumors. Despite his legal issue, the Dolphins’ front office has been interested in Watson. Flores had the opportunity to denounce all rumors, but he danced around the question.

Several reporters pressed him to be honest about the Tagovailoa trades rumors, but all Flores said was ‘Tua is our quarterback.’

He did not dispel rumors or have a statement issued out on the team not entertaining Watson.

It has become a national story from reporters, radio personalities, and television personalities that the Dolphins are out on Tagovailoa.

Miami continues to poorly handle the situation with its quarterback.

Flores said he does not deal with rumors, speculations, or distractions, but he failed to douse the trade talks. 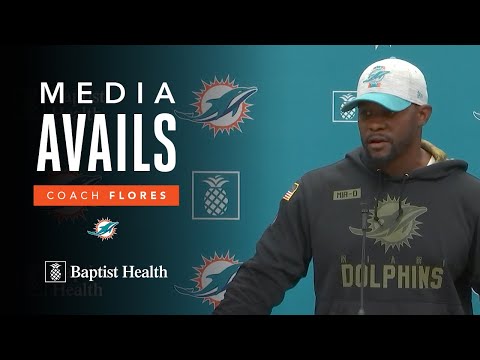 Xavien Howard, a first-team All-Pro cornerback, has also dealt with trade rumors. He led the NFL for interceptions (10) in 2020 and earned a trip to his second Pro Bowl. Last year, the 28-year-old was involved in trade talks. Miami put a stop to the rumors with a statement on not trading him. Howard resolved his contract issue with the team in August before the season started.

Tagovailoa, the fifth overall pick in 2020, does not know where he stands in the organization.

His teammates love him. Dolphin fans love him. However, the front office has one foot out the door. Quarterbacks are supposed to have at least three years to prove themselves to a team.

Tagovailoa’s counterparts, Joe Burrow and Justin Herbert, are getting that opportunity.

Players such as Josh Allen, Patrick Mahomes, and Lamar Jackson have teams that are solely focused on them. Daniel Jones is in his third year with the New York Giants.

He has not been in Miami for two years, but the Dolphins have mentally moved off Tagovailoa.

Tagovailoa entered the league with a serious hip injury. He needed time to recover, but Miami played him anyway. The native Hawaiian produced some great moments, including a 6-3 record as a starter. He suffered fractured ribs versus the Buffalo Bills in week two but has played well since his return. Tagovailoa completed 75 percent of his passes against the Falcons and Jaguars.

He totaled 620 passing yards with six touchdowns. Regardless of losing both games, the quarterback play was strong.

Miami has a subpar offensive line, yet it expects a second-year quarterback to mask the problem. Tagovailoa says he feels wanted, but what else is he supposed to say? Newspapers, radio stations, and sports talk shows know who the Dolphins are prioritizing ahead of the trade deadline. Miami is not standing up for its quarterback like it needs to. It stood up for Howard, San Francisco shut down trade rumors on Jimmy Garoppolo, and Mike Tomlin candidly shut down rumors to take the USC Trojans job.

Where is the front office support for Tagovailoa? No one knows.

He will be the Dolphins’ quarterback for the rest of the season, but the trade rumors still loom.