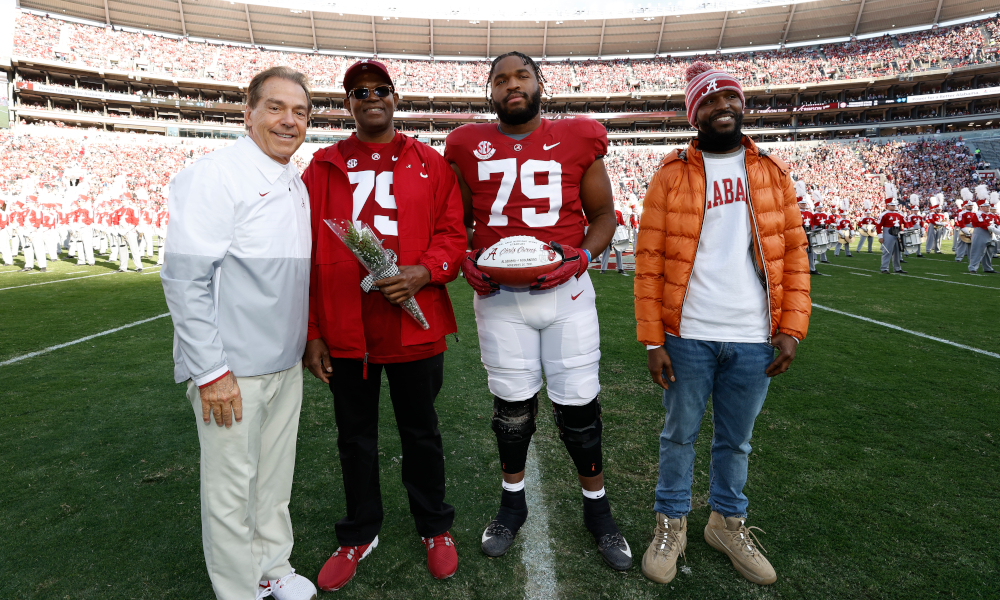 He has mentioned areas of improvement for Alabama football if it wants to capture a national championship; however, Nick Saban does not consider the offensive line one.

During today’s presser, the Crimson Tide’s head coach said the group upfront remains as is.

Alabama returned Darrian Dalcourt and Javion Cohen versus Arkansas after injuries kept both players out against New Mexico State. Chris Owens did not start last week as the Tide has transitioned to Damieon George at right tackle.

Bryce Young broke a 52-year-old single-game passing record with 559 yards and five touchdowns, but the Razorbacks sacked him four times. Despite taking several hits and being sacked 26 times, Saban feels the starting group is the best for Young.

He does not see change as a good idea.

“The guys that we have playing right now have the most experience,” Saban said. “They have gotten progressively better as the year has gone on. Chris Owens has done a good job when he played right tackle. He did a good job when he had to play center on short notice in the LSU game. Getting Darrian [Dalcourt] back last week was a good thing. We allowed Damieon George to play some right tackle, and he’s done a pretty good job. I can’t see making any other changes in the offensive line helping us improve our chances of being successful. Hopefully, we can keep these guys healthy and playing well.”

Young has been sacked in all ten games, including four times versus Texas A&M, LSU, and Arkansas.  Saban’s words mean the talented freshmen such as JC Latham and Tommy Brockermeyer are not ready.

It also means Tommy Brown, Pierce Quick, Amari Kight, and others have not shown enough consistency. Auburn will dial up the pressure under defensive coordinator Derek Mason.

Alabama’s offensive front has to hold its own against the Tigers.