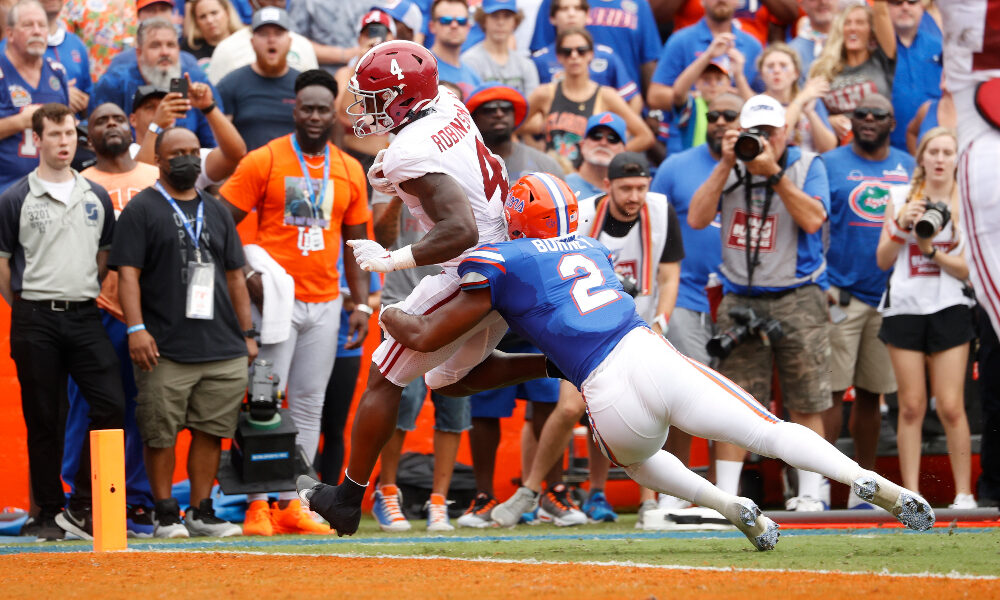 Alabama football has a second player heading to the Reese’s Senior Bowl.

Brian Robinson Jr., a running back, is joining Phidarian Mathis.

His patience within the Crimson Tide’s program paid off with a successful season as a fifth-year senior. Robinson had his first 1,000-yard rushing campaign (1,071) and scored 14 touchdowns. The 6-foot-1, 225-pounder had four 100-yard performances and improved as a receiver. He caught 31 passes for 268 receiving yards and two touchdowns. Robinson excels in several areas at the position and any NFL team would be happy to have him. He projects as a second to third-rounder for the 2022 NFL Draft.