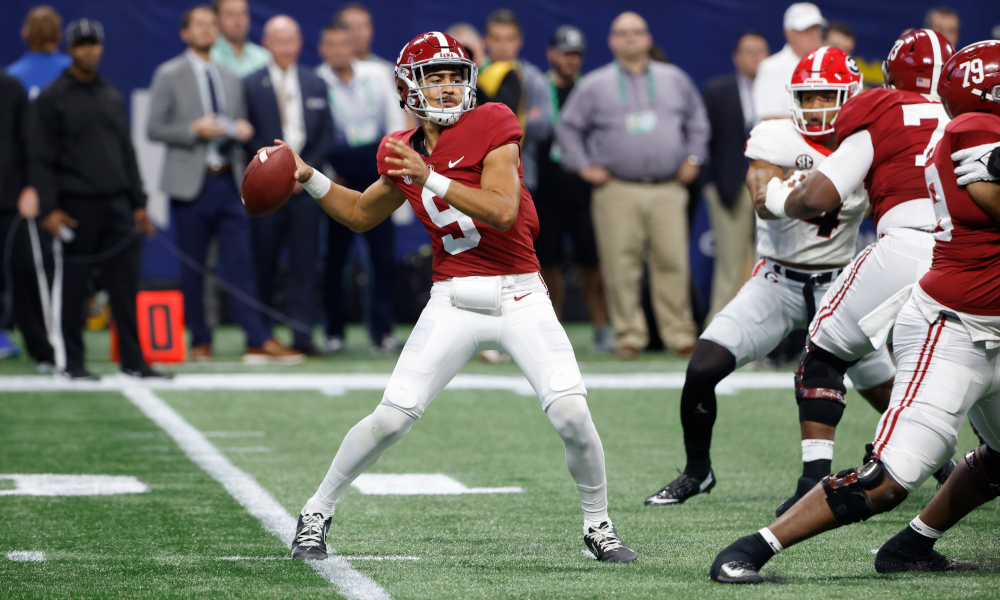 Alabama lost several offensive players from the 2020 national championship team to the National Football League, but Bryce Young has the program in the College Football Playoff.

The Crimson Tide had some inconsistent moments, but Young led it to an SEC Championship victory over Georgia.

He kept things in order and has the team playing its best at the right time. Young won Associated Press Player of the Year on Thursday.

Alabama now has back-to-back AP Player of the Year honors with DeVonta Smith (2020) and Young.

The sophomore quarterback has 4,322 passing yards and 43 touchdowns. He is second all-time for single-season yards and tied for first in touchdowns in school history. Young made first-team All-SEC and won SEC Offensive Player of the Year.

He is a finalist for the Heisman Memorial Trophy and is the favorite to win.