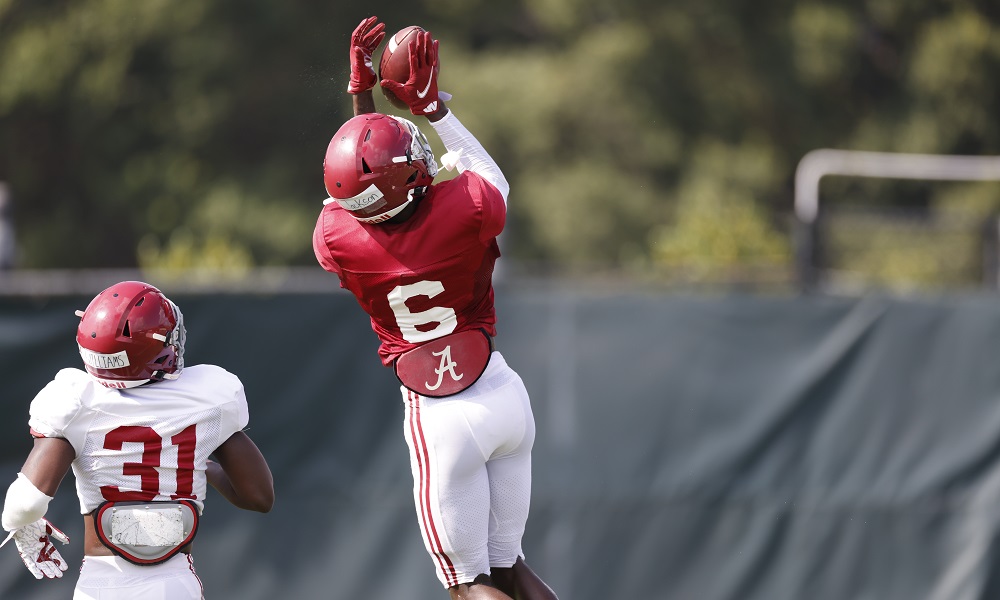 Injuries and transfers are starting to affect Alabama’s defensive secondary.

Marcus Banks, Ronald Williams, and Kadarius Calloway are no longer with the Crimson Tide.

Josh Jobe, Alabama’s starting cornerback, is out for the College Football Playoff. He has been dealing with a turf toe and had surgery Thursday on his foot.

Jalyn Armour-Davis, a redshirt junior, missed the last two games with a hip injury. He has 30 tackles, four pass breakups, and three interceptions (shares team lead). Alabama is hopeful to have him at 100 percent for the CFP Semifinal Game versus Cincinnati in the Goodyear Cotton Bowl on New Year’s Eve.

Ga’Quincy “Kool-Aid” McKinstry, a freshman, will start in Jobe’s absence.

He earned a spot on the SEC’s All-Freshman Team, but now Tide fans want to see what McKinstry can do.

If Armour-Davis cannot go, Khyree Jackson would start opposite McKinstry.

Jackson, a Maryland native, came in the 2021 class with McKinstry as a four-star. He played at Wise High School, yet he crafted his defensive back skills at two junior colleges. The 6-foot-3, 197-pounder attended Fort Scott Community College in Kansas in 2019. He recorded 25 tackles and three interceptions. After spending 2020 at East Mississippi Community College, Jackson signed with the Crimson Tide. He’s played in ten games, primarily on special teams, and totals two tackles. Jackson has been rotated in at cornerback throughout the season

He possesses the size, length, athleticism, speed, physicality, and ball skills to be effective.

Jackson shared on Twitter that the matchup against the Bearcats will be ‘a moment worth waiting for.’

Alabama fans have wanted to see more players from its 2021 class take the field.

Jackson has worked hard in practice and eyes a chance to show his skills.