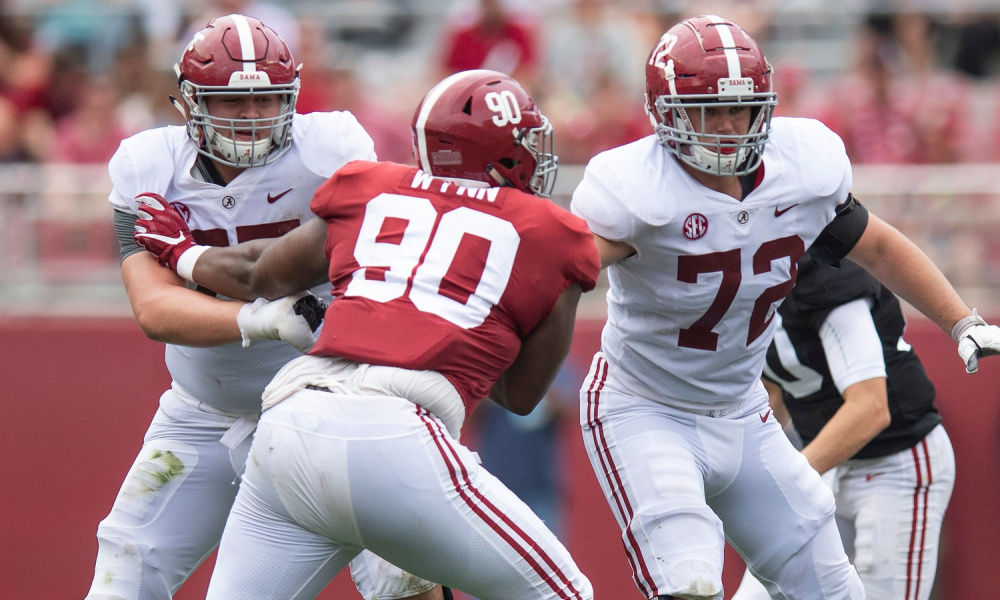 Former Alabama offensive lineman Pierce Quick has a new home as he announced on social media that he intends to transfer to Georgia Tech.

Let’s get to work. #4the404 pic.twitter.com/5YYBwzXKEh

Quick entered the transfer portal in late November ahead of the Crimson Tide’s SEC Championship victory over Georgia.

A native of Trussville, AL., Quick committed to Alabama as a part of the team’s 2019 class and was one of the top offensive linemen of that group. During his two seasons in Tuscaloosa, Quick served in a reserve role on the offensive.

Quick appeared in just one game during the 2021 seasons which came during the Crimson Tide’s Week 1 matchup against Miami where he played just three snaps.