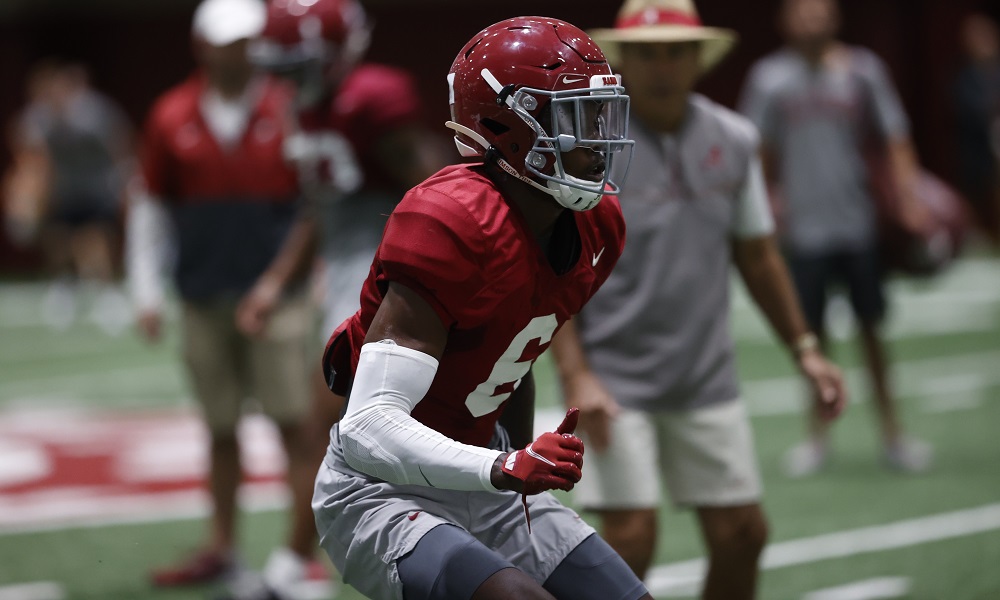 Alabama has had different players called upon to step up all season.

RELATED: Jameson Williams reflects on his decision of Alabama as a transfer, and offers advice to future transfers

Khyree Jackson, a junior college transfer, is next to step up. Alabama suffered injuries to Josh Jobe and Jalyn Armour-Davis at both cornerback spots. Coach Nick Saban has Jobe (foot) as ‘very doubtful’ for the College Football Playoff, and he is unsure about Armour-Davis’ (hip) status at this time. McKinstry will replace Jobe, and it’s time to see what Jackson brings at the position.

Jackson spent the 2020 campaign at East Mississippi Community College. He brings experience to the Crimson Tide, and he’s been successful on special teams. Alabama has rotated him at cornerback, but Jackson has a marquee opportunity to show what he provides as a starter. Jameson Williams (receiver) and Christian Harris (linebacker) spoke on Friday about Jackson.

Williams said once people see Jackson, ‘they will like him.’

“He is a great corner,” Williams said. “He has length and really great feet. I’ve gone against him since the summer. We both came in at the same time.”

Harris has enjoyed watching Jackson grow in his first year at Alabama.

“He’s got really good confidence in himself, regardless of what situation he was in all year,” Harris said of Jackson. “He came in and has continued to work. We continue to help him out. He’s doing a good job.”

If Armour-Davis does not participate in the playoff, Tide fans will be excited to watch Jackson play.