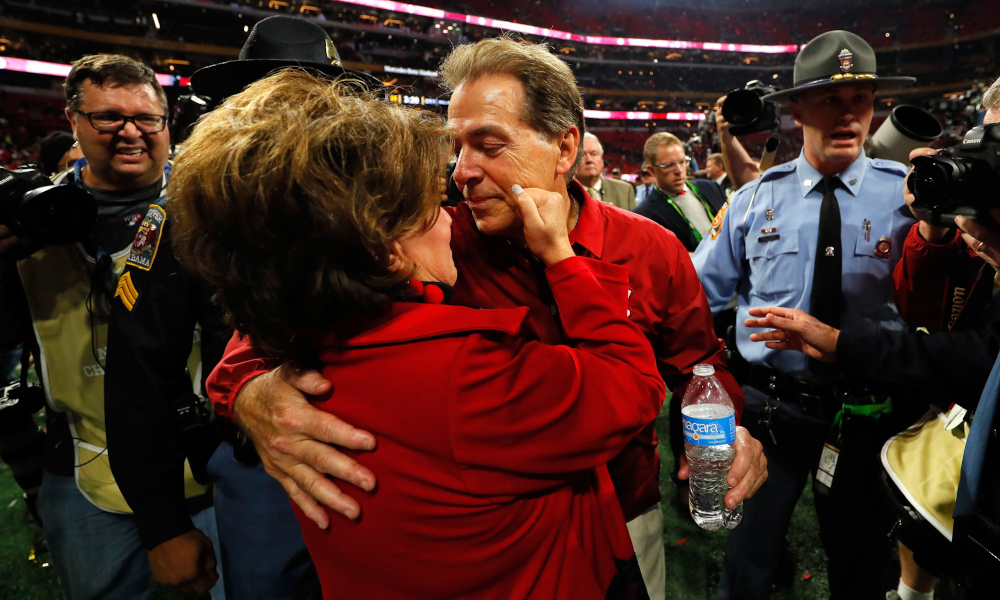 Nick Saban and his wife, Miss Terry, have a storybook romance.

The couple has been married for 50 years, but they have known each other for longer. Both grew up in West Virginia and had a passion for teaching. As Nick Saban fell in love with coaching, Terry stood beside her husband.

The two have been in college football and National Football League. Since arriving at the University of Alabama in 2007, the Saban’s have felt at home.

Miss Terry has beautified the city of Tuscaloosa, encouraged teachers and children, helped Saban in recruiting, and is the energy pushing him. During a Nick’s Kids event on Friday, Terry Saban gave the keys to having longevity of marriage. She has been outstanding in keeping Nick Saban well balanced.

The key to their long marriage?

“It has been such a joy in my life to walk hand in hand with a man who has been my best friend for 50 years,” Saban said. “We have the same values, the same goals in life, and that in itself has been a joy.”

Coach Saban is preparing the Crimson Tide for a matchup with Cincinnati, but he always makes time for family.

“He has guaranteed me a few hours in the evening,” Terry Saban said. “I think our children are going to come, and we are having dinner together. Every day is a celebration. I’m just lucky to be here.”

Communication is important in football, but it is critical in marriages too.

“Communicate, communicate,” Saban said on the key to longevity in marriage. “Love and forgive. That’s life.”

Coach Saban found someone that understands his passion and walks with him. No matter what the outcome is in a game, Miss Terry finds her husband and embraces him. Alabama fans want the power couple to continue in Tuscaloosa.

Nick and Terry Saban are going after an eighth national title together.