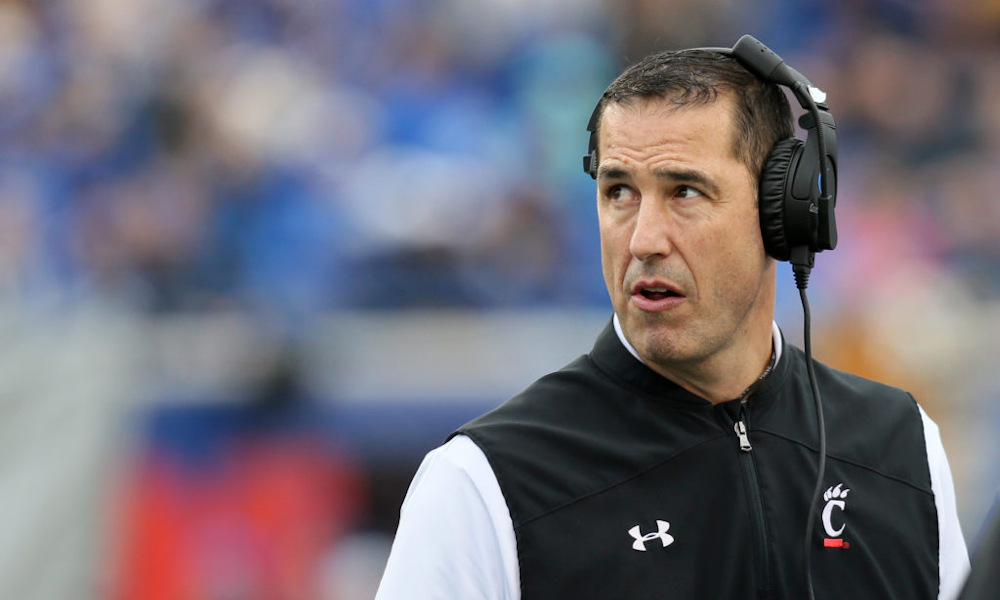 Luke Fickell is ready to end the talk and play the Cincinnati-Alabama matchup.

Both schools will face each other Friday in the Goodyear Cotton Bowl at AT&T Stadium.

Nick Saban provided updates on assistant coaches, injuries, and the preparation of the Crimson Tide in Tuscaloosa, Ala. As the lone undefeated program in the College Football Playoff, Coach Fickell has one message for the Bearcats. He is going after his first national title as a head coach.

“If you want a shot at a title, you’ve gotta beat the champs,” Fickell said to national reporters in his presser. “And this is what we have — we have a shot to beat the champs.”

Fickell, who won two national championships as an assistant coach at Ohio State, is correct.

Cincinnati has an opportunity to create chaos in college football. It can knock out the defending national champions as a -14 point underdog.

Desmond Ridder and the Bearcats enter the game with a lot of confidence, but will it be enough to dethrone Alabama?

We will all see soon enough.