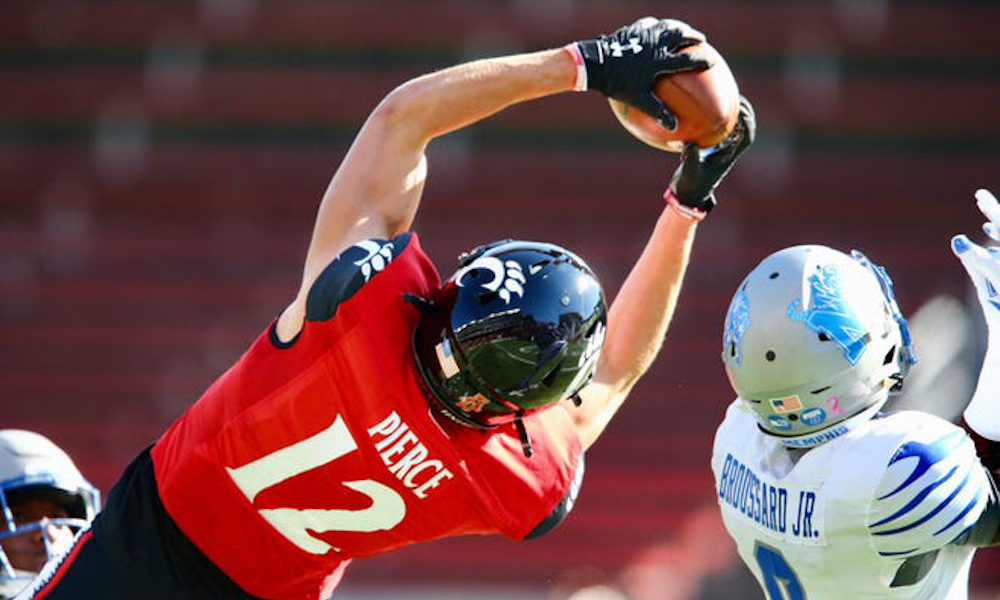 As we get closer to Friday, national media has found some areas where Cincinnati can be competitive versus Alabama.

In today’s media availability, Mike Denbrock (Bearcats’ offensive coordinator) said, ‘We belong here.’ Cincinnati is the lone undefeated team in the College Football Playoff. Luke Fickell’s group belongs in the CFP, but it has the daunting task of having to defeat the defending national champions in a semifinal game. Despite being a 14-point underdog, ESPN’s Todd Blackledge highlighted two areas where the Bearcats could earn an upset victory. He has been impressed with its defensive secondary.

“This is an excellent secondary led by two wonderful corners,” Blackledge said to reporters via Zoom. “I mean, Coby Bryant in the Thorpe Award winner, the guy on the other side, Ahmad Gardner, is an All-American, has had a great career. The NFL projects him to be a very high draft pick. They’ve got good safeties.”

Gardner (85.8) and Bryant (86.3) graded well in coverage snaps for Pro Football Focus. Gardner has 18 pass breakups and nine interceptions for his career. Bryant leads the Bearcats’ defense for breakups (11) and totals three interceptions with three forced fumbles. Bryce Young, a sophomore quarterback, won the Heisman Trophy for Alabama. He’s accounted for 4,322 passing yards and 43 touchdowns in his first year as a starter. Young has shown great composure against the best defenses in college football.

He shredded the Georgia Bulldogs in the SEC Championship Game for 421 passing yards and four scores.

Blackledge has enjoyed Young’s success, but he is concerned about the Crimson Tide’s group of wide receivers. He told reporters via Zoom that Cincinnati has to limit Jameson Williams. If the Bearcats can disrupt Williams with Sauce Garnder or Coby Bryant, Blackledge feels it has a good chance to win the matchup. The idea is to have someone else be the explosive star for Alabama.

RELATED: Luke Fickell has one message for Cincinnati ahead of game with Alabama

Blackledge said if Cincinnati can press, reroute, and get into Williams, it will force someone else to beat them.

Alabama will not have John Metchie (knee) at wide receiver, but it has other options. However, the question is can Gardner and Bryant keep up with Williams’ speed? It will be interesting to find out. The other area Blackledge sees the Bearcats matching up well is in the receiving game. Alabama has been susceptible to marquee plays to wide receivers and tight ends. Cincinnati has six receiving options that have 20+ catches. Alec Pierce leads the group with 50 receptions for 867 yards and eight touchdowns.

Blackledge said Cincinnati has players that can win one-on-one matchups.

“In terms of where they match up well, I mentioned the tight ends and Alec Pierce, the wide receiver because if you want to beat Alabama, you have to make contested catches because of how tough the coverage is and the man-to-man coverage that Alabama likes to play,” he said. “You got to win some one-on-ones.”

Desmond Ridder must have his best game for Cincinnati to win. He cannot afford to have multiple turnovers.

Fans will be rocking at AT&T Stadium for the matchup on New Year’s Eve.