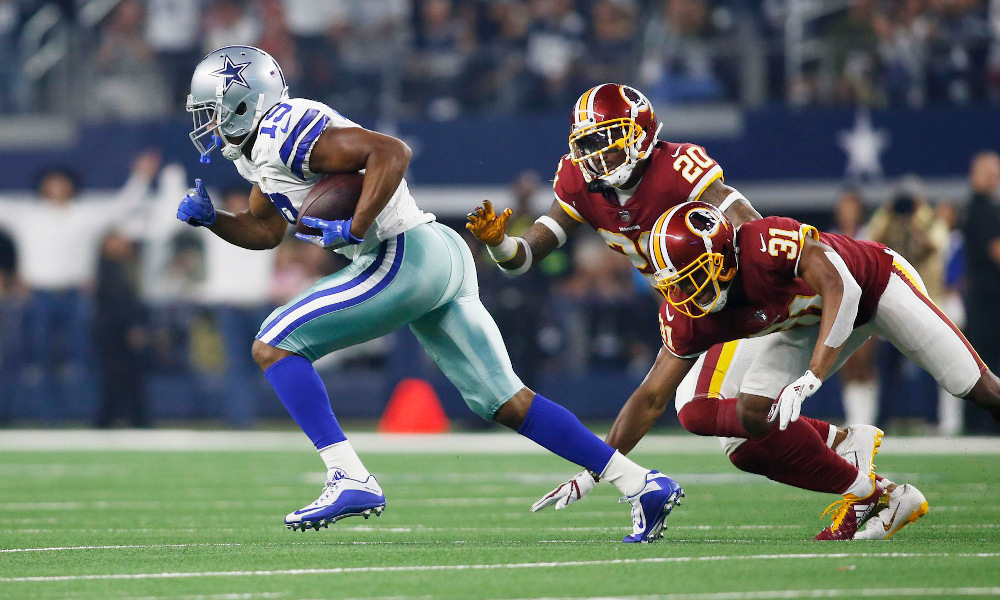 Amari Cooper should speak his mind more when he’s not getting the football.

He was frustrated with his number of targets for five weeks.

After venting about it, the former Alabama receiver returned to form in Sunday’s game between Dallas and Washington. Dak Prescott targeted Cooper 11 times, which was the third-most he’s received this year. He recorded seven receptions for 85 yards and a touchdown in a 56-14 victory for the Cowboys. Cooper’s had his third-most catches and receiving yards of the season.

He led Dallas in receiving, and five of his seven receptions went for first downs or scores.

Cooper signed a five-year extension worth $100 million on March 17, 2020. The contract came after his first season with the Cowboys in 2019. He tallied 79 catches for 1,189 yards (career-high) and eight touchdowns (career-high) in 16 games. He made the Pro Bowl in 2019 and totaled a second consecutive 1,000-yard (1,114) season in 2020. Cooper has suffered some injuries and dropped passes, but he remains one of the best receivers in the league. He is closing in on his fifth 1,000-yard season and third with the Cowboys. Cooper has 60 receptions for 768 receiving yards and seven touchdowns. He was taken in the first round of the 2014 NFL Draft by the Oakland Raiders (now Las Vegas Raiders), but he is a two-time NFC East Division champion in Dallas.

2.3K
Alabama in the Pros