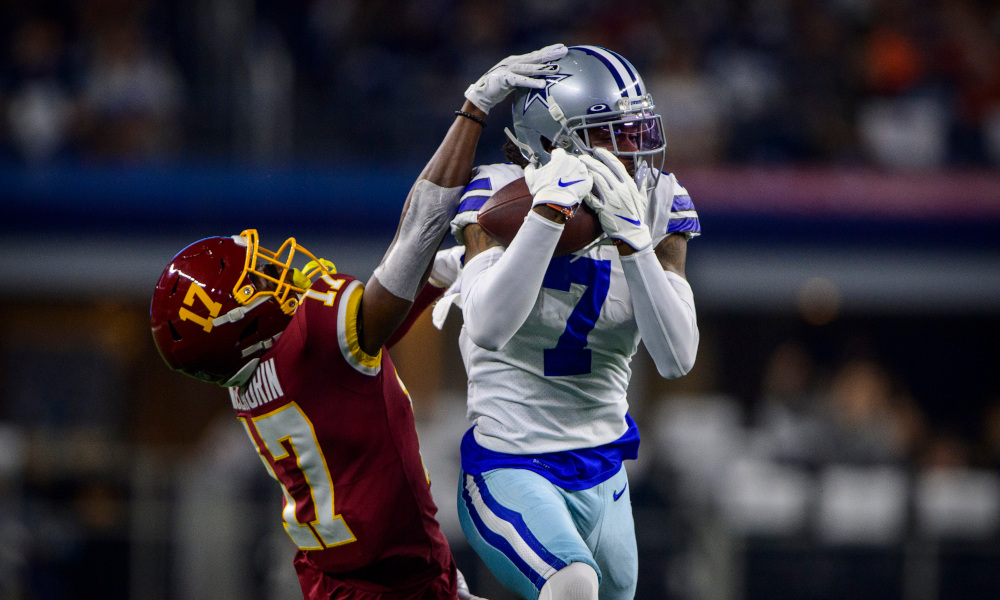 Alabama players, fans, and the NFL world are amazed by Trevon Diggs.

He came to the University of Alabama as an athlete in 2016.

Diggs started as a wide receiver, but a change to defensive back has elevated him to superstar status in the National Football League. In his second season with the Dallas Cowboys, Diggs has become one of the best cornerbacks in football. He recorded his 11th interception (league-high) of the season in Sunday’s 56-14 victory for the Cowboys over Washington. According to the Cowboys’ Public Relations department, Diggs is tied with Everson Walls (1981) for the most picks in a season in team history.

With that interception, Trevon Diggs intercepted his 11th pass of the season, which ties Everson Walls for the most interceptions in a season in Cowboys history.

Lane has the most interceptions for a season in NFL history.

Current and former Tide players congratulated Diggs on Twitter. The NFL world has also taken notice of his skills.

11 interceptions. ELEVEN! Diggs a pick artist. Simple as that.

11 picks for Trevon Diggs….That’s now tied with Everson Walls for the franchise record in a season.

@TrevonDiggs Should be the @nfl MVP or at least in the conversation! DPOY is already at his crib. Stop playing @nfl and just make a MVQB please so u can continue to shower your Highest paid players. This man is doing what hadn’t been done in a long TIME! #CoachPrime @GoJSUTigers

Most interceptions in single season since the 1970 NFL-AFL merger

Trevon Diggs with No. 11 on the season

Trevon Diggs!!! Ran the route better than the WR!

You’re going to test Trevon Diggs on that?

Bro said he was going stamp it today … #DPOY

He’s helped the Cowboys clinch an NFC East title. Diggs is in the running for NFL Defensive Player of the Year.

2.0K
Alabama in the Pros