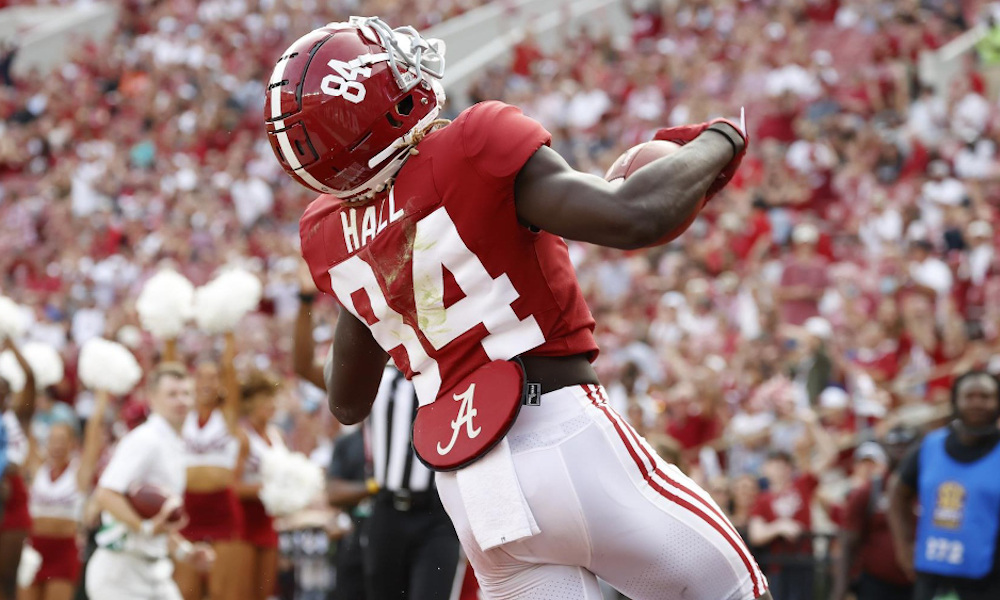 John Metchie (knee) will not play for Alabama in Friday’s meeting with Cincinnati, but the Crimson Tide has confidence in its other wide receivers for the College Football Playoff Semifinal.

Nick Saban and Bill O’Brien have been pleased with Traeshon Holden, Ja’Corey Brooks, Javon Baker, and JoJo Earle stepping up during bowl practices for the Bearcats. All four players have performed well, but Agiye Hall has received high remarks from Saban, O’Brien, and Bryce Young for his efforts.

As a five-star in the 2021 signing class, Hall exploded onto the scene in the Crimson Tide’s spring game. He recorded four catches for 72 yards and had Tide fans going crazy at Bryant-Denny Stadium.

Hall has not played much this year, but Saban and O’Brien have seen a lot of improvement from him.

O’Brien arrived Tuesday in Dallas (Texas) for the Goodyear Cotton Bowl. He told reporters how he’s seen ‘much improvement’ from the talented freshman. Before Christmas, Saban updated the media on Hall stepping up in practice. Young, the first Heisman Trophy winner at quarterback for Alabama, said Hall has become ‘more comfortable’ with deep routes and timing patterns. 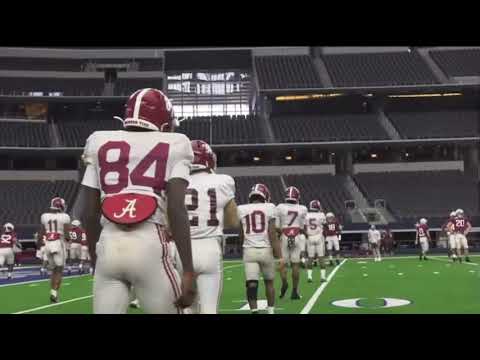 What does this mean for Hall? It could be a situation where he finally gets extensive playing time. The 6-foot-3, 195-pounder has immense potential and could be special for the Crimson Tide at receiver.

We will see what happens on Friday, but fans are hoping it will be Hall’s moment.