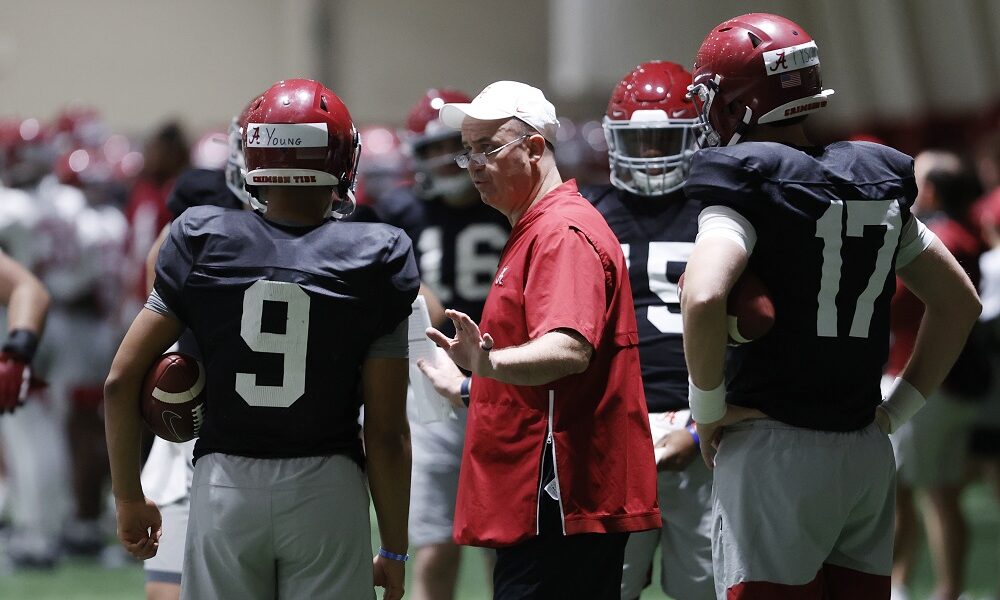 After being rumored for a few positions at the college level, Alabama offensive coordinator Bill O’Brien will be getting a legitimate shot at getting back into the NFL.

It was reported by NFL Network’s Ian Rapoport that O’Brien will be interviewed for the Jacksonville Jaguars head coaching position following the Crimson Tide’s national championship game against Georgia on Monday.

The #Jaguars plan to interview former #Texans coach Bill O’Brien for their vacant HC job next week after #Bama team plays in the National Championship on Monday, source said. @JohnReid64 had the timing first.

O’Brien was asked about his process of vetting out interested teams at the college and pro level to see if there’s mutual interest during his media availability on Wednesday.

“It’s one of those things that happens all the time,” O’Brien said. It’s part of the career, part of what you sign up for. My focus has always been on the task at hand and that’s just the way I operate. I just think that this is a great opportunity for this program. And we’ve put so much work into this. And really if you’re here, if you’re able to follow us around for a week, your focus is completely on Georgia and your team and what you have to do to try to help do your part to help your team win. So that’s what the focus is.”

The Jaguars fired previous head coach Urban Meyer after just 13 games into his first season on the job as the team posted a record of 2-11 across those games.

Jacksonville is likely eyeing an offensive-minded coach to help develop the 2021 first overall pick in Trevor Lawrence who has struggled mightily in his first season in the NFL.