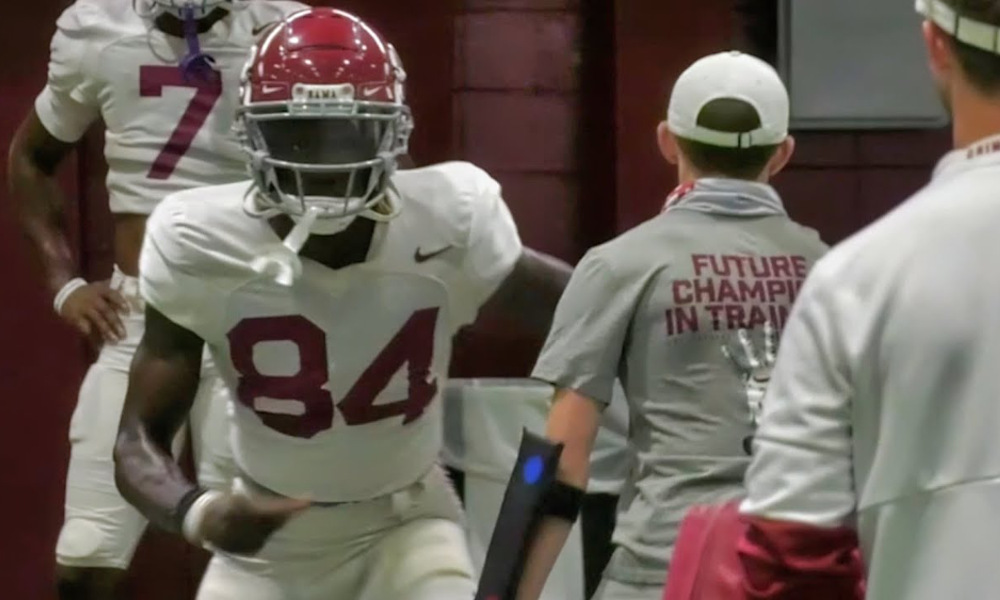 He got on the field versus Cincinnati in the Goodyear Cotton Bowl, but Crimson Tide fans are waiting for a breakout moment from the talented receiver. Hall, a native Floridian, keeps fans guessing with his interesting tweets on social media. The 5-star athlete went to his bag today and posted an iconic photo of Michael Jordan from the 1997 NBA Finals with the Chicago Bulls.

Hall posted the photo from Jordan’s “Flu Game” against the Utah Jazz in Game 6. In the photo, Jordan is sitting on the bench getting hydrated with Gatorade. He suffered from food poisoning the night before, but turned in a heroic effort for the Bulls.

Jordan scored 39 points and totaled 11 rebounds with four assists. He wheeled Chicago to a 90-86 victory and an NBA Championship as the Bulls won the series, 4-2. What could Hall be saying with this photo? Is he preparing for a breakout game?

Alabama will not have John Metchie (knee) for Monday’s CFP National Championship Game against Georgia. We have seen Ja’Corey Brooks, Slade Bolden, and Cameron Latu step up. Alabama fans want to see the receiver that wowed them in the 2021 spring game emerge again. The Crimson Tide is looking to repeat as national champions for the first time since the 2011-12 seasons.

Is it now Hall’s time? We will find out soon.